It’s been awhile since the last glimpse of footage from X-Men: Apocalypse, but a new trailer released Thursday morning offers a closer look at the war the mutants will wage with Oscar Isaac’s Apocalypse. There’ll be rockets, there’ll be blown-up bridges, there’ll be Olivia Munn slicing cars in half like sticks of butter. The much anticipated ninth installment in the X-Men film series, the movie finds the mutants pooling their powers to try to stop Apocalypse, a god-like mutant, from his quest to destroy civilization.

X-Men: Apocalypse, which adds Isaac, Munn and Game of Thrones‘ Sophie Turner to its cast of returning mutants like Jennifer Lawrence and Michael Fassbender, hits theaters May 27. 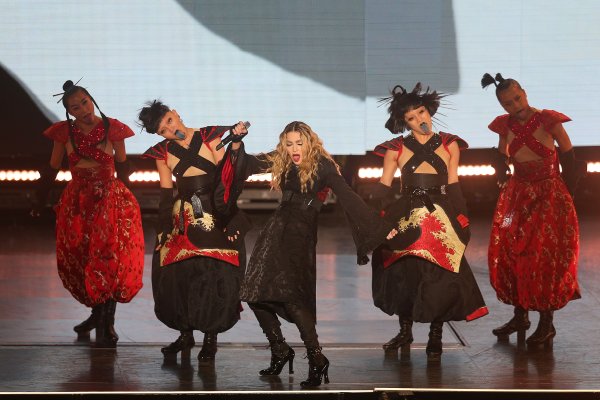 Madonna Rolled Into Her Own Concert More Than 2 Hours Late
Next Up: Editor's Pick