SeaWorld will end its iconic killer whale shows and stop breeding the animal following years of controversy over the company’s practices, the company announced Thursday.

The company’s move drew immediate praise from conservation groups that for years have argued that killer whales bred and housed at SeaWorld were mistreated. Still, SeaWorld rebuffed demands that it release whales living at its parks into the wild, arguing that most have spent their entire lives in captivity and could not survive elsewhere. Instead SeaWorld will move the whales to settings meant to replicate “natural” habitats that focus on “orca enrichment, exercise and overall health.”

“These decisions — and the debates that preceded them — are about more than these orcas,” said SeaWorld CEO Joel Manby in an op-ed published after the announcement. “Bigger questions are at stake than whether any animals anywhere should remain under human care.”

PETA Director Mimi Bekhechi welcomed SeaWorld’s decision: “PETA has campaigned hard, and now there is a payoff for future generations of orcas – but today is the day to stop breeding, not sometime later this year. SeaWorld must open its tanks to the oceans to allow the orcas it now holds captive to have some semblance of a life outside these prison tanks.”

The company also announced a partnership with the Humane Society of the United States focused on protecting marine life that includes fighting against the commercial killing of whales and efforts to protect coral reefs.

The decision—which follows a shakeup of the company’s executive leadership team—comes after years of waning park attendance and declining stock prices at least in part driven by the documentary Blackfish’s portrayal of how the company treats killer whales. 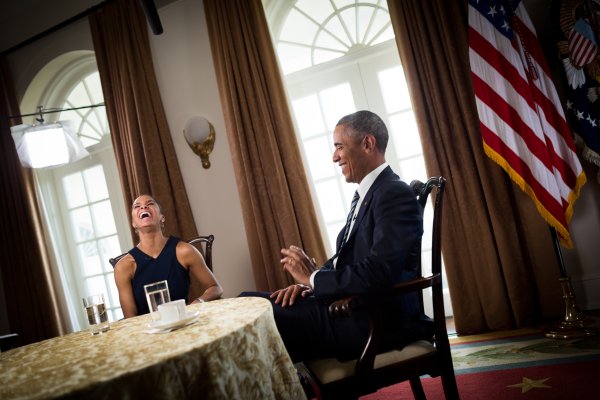 President Obama and Misty Copeland Interview
Next Up: Editor's Pick