Review: Marriage and Murder on a Dairy Farm

Elizabeth Brundage’s exquisitely gut-churning new novel begins with a familiar scenario: a woman is found dead in her home (in this case, with an ax in her head), and her husband is the primary suspect.

Flash back one year: The Hale house in upstate New York has a history–some might even call it a curse. Its owners are dairy farmers who fall on hard times in the changing economy of the 1970s; with financial ruin looming, the abusive, philandering husband persuades his wife to commit a double suicide, leaving their three sons behind to fend for themselves.

George Clare, an art-history professor at a local college and a bad husband himself, buys the house when it’s in foreclosure. The price is right for his relocation from New York City with his wife Catherine, an artist turned homemaker, and their daughter, 3 years old when her mother dies. Which is when All Things Cease to Appear begins.

Brundage’s elegant exploration of motive–in all its directions–sets this book apart from a genre thriller. She embraces the spiritual to add spook: George is an atheist and an expert on the Hudson River School painter George Inness, who was influenced by the 18th century Christian mystic Emanuel Swedenborg. Catherine used to restore religious paintings in Manhattan churches and is a reverent Catholic–a point of contention for the couple and part of the reason they married when she got pregnant.

Paranormal activity hangs in the atmosphere. Before Catherine’s death she has some mystical encounters; strange sensations around the house make her think it’s haunted. When she finds the former owner’s wedding ring, last seen inside Mrs. Hale’s casket, the reader is likely to agree.

As we get to know the Clare family’s neighbors, friends and colleagues, we watch George’s interactions with them grow increasingly sadistic. Brundage takes us compellingly inside the perverse machinations of a violently narcissistic mind. Murderer or not, he is a master manipulator with a sick brilliance that recalls Patricia Highsmith’s talented Mr. Ripley.

Chapters begin vaguely, in obtuse situations that mislead the reader, only to resolve with clarity–as does the book. In the end, some of the characters’ resolutions are too tidy. And between the violence, ghostliness and ’70s counterculture, the elements of intrigue may tally one too many. Brundage’s language is the real draw, with her vivid portraits of spouses on opposite sides of a brutal abyss. As Catherine turns away from a threatening husband, her interior life grows richer in seclusion. God, not George, is her confidant, Brundage writes. “In His eyes, she was her true self, nothing more, nothing less. She was the person George would never see.” 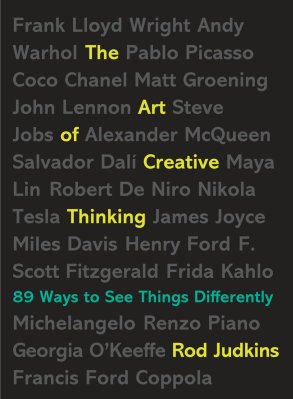 5 Strategies to Become a More Creative Thinker
Next Up: Editor's Pick