Two Weeks After the Murder of Berta Cáceres, Another Activist Is Killed in Honduras

Honduras on Tuesday witnessed the second assassination of an environmental activist in a month, in an alarming escalation of violence against land campaigners in the Central American nation recently.

Nelson García of the advocacy group called the National Council of Popular and Indigenous Organizations of Honduras (COPINH) was shot in the face by unidentified gunmen, the Guardian reported.

García was murdered soon after meeting with dozens of families from the indigenous Lenca community, who were forcibly evicted from their land this week by security forces at the behest of local politicians.

The 38-year-old activist was an associate of COPINH founder Berta Cáceres, the 2015 Goldman Environmental Prize winner who was also shot dead at her home two weeks ago.

Cáceres had long faced threats and intimidation for her championing of Lenca rights, and her killing prompted fears that fellow campaigners in Honduras would be similarly targeted. It already one of the most dangerous countries in the world for activism, with 109 people killed between 2010 and 2015 for their opposition to mining, logging and similar projects. 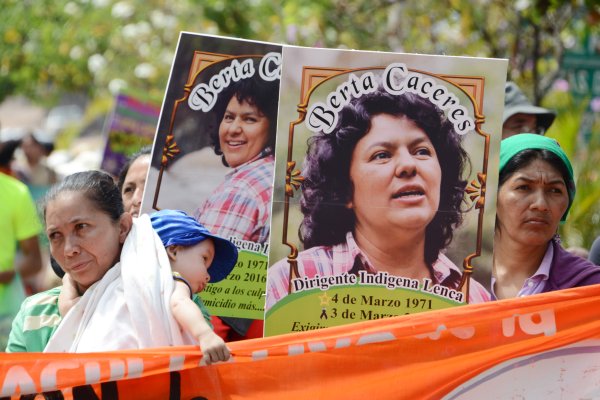