My favorite moment wasn’t when the Millennium Falcon landed on my face, but it was a close second.

There I was, lallygagging on that mythic dusty planet in ILMxLab‘s virtual reality showcase Star Wars Trials on Tatooine, twin suns above the horizon, when it appeared out of the atmosphere, descending slowly until it eclipsed the sky. When the dust cleared, I could make out iconic details on its underbelly: the dingy yellow-white exterior, the random rust-red armor panels, and those grubby mandibles harboring sensors, missiles and floodlights. I reached up. I could almost touch it.

But not quite, because instead of hands, all I could see where hands should be were virtual versions of the funky Vive motion controllers you use to interface with HTC and Valve’s iteration of virtual reality. Squint just so in real life and those controllers look like matte-black versions of Boba Fett’s Slave I spaceship, only with a donut hole where the cockpit should be. They’re also freakishly accurate—all but latency-free, and as visible in virtual reality as they are malleable in real life.

A whirring sound. The gangway beneath the Corellian freighter slowly lowered, and down trundled the whistling, beeping trashcan droid that might as well be the saga’s mascot. R2-D2 had something special for me, speedy delivery from Luke Skywalker himself by way of Han Solo, who you never see in the demo but can hear (voiced by The Walking Dead actor Ross Marquand) through your headset.

Whatever could Luke have sent this lowly Padawan?

And then I was picking it up, seeing it whoosh to life, the sizzling blue blade blinding as I raised it to my face, the Vive controller suddenly the steely hilt of a lightsaber. I peered closer at the grip, twisting it in my hand, admiring its elegant circuitry, noticing the sort of details a Star Wars nerd might identify as the “blade energy channel” or “cycling field energizers.” (Far-off VR may still be blurry, but up-close VR is breathtaking.)

And then I took a swing.

Forget all those toy lightsaber forgeries with backlit plastic blades. Forget the Wii and Lightsaber Duels. Your brain has no reference point for what it feels like to heft an alien object that’s only ever existed in your imagination when it’s reproduced so convincingly you can practically smell the ozone wafting from its lethal light field.

Yes, you’re also the world’s least motile Jedi, a swiveling head on a barely movable stick. Worse, a stick with a real world cable running perceptibly down your back (to connect the headset to the computer), making it difficult to move without shuffling (to keep the cable behind you). And turning in place more than once is basically impossible, lest you tangle yourself in the wire. High fidelity head-mounted virtual reality is for now a distinctly tethered, agility-allergic experience.

But pretend you’re the galaxy’s least gymnastic Jedi, your head and hands your ablest interactive tools, and the sense of immersion—of wielding a weapon you’d only ever dreamed of—is all but complete.

Shortly after I picked up the lightsaber, I came to my favorite moment in ILMxLab’s astonishing demo: the part where an Imperial Shuttle landed and stormtroopers poured out to attack me with blasters. They took positions behind distant crates and fired, tiny red lines arrowing toward me like radiant needles. I raised the lightsaber, wheeling the nimble blade in circles, a bit like Ewan McGregor and Liam Neeson in The Phantom Menace.

And I’ll bet you can guess exactly what I did next. 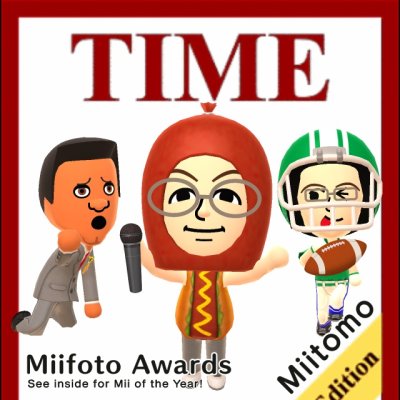 5 Things Nintendo's Reggie Fils-Aimé Told Us About Miitomo
Next Up: Editor's Pick