This Is What Ancient Greeks Would Have Called Donald Trump

Donald Trump, president and chief executive of Trump Organization Inc. and 2016 Republican presidential candidate, smiles while speaking during a news conference at the Mar-A-Lago Club in Palm Beach, Fla., on March 15, 2016.
Bloomberg via Getty Images
Ideas
By Devin Singh
Devin Singh is Assistant Professor of Religion at Dartmouth College and is a Public Voices Fellow with the OpEd Project.

Is Donald Trump a tyrant?

This is not a question of character. It’s even less a matter of likability. Rather it goes to the heart of who we are and who we want to be: Does the Donald pose a fundamental threat to American democracy?

The ancient Greeks thought long and hard about such issues. While we’ve come to associate the word tyrant with someone of foul temperament who abuses power—all traits with which Trump has been linked—Greece had a fairly technical definition. Though coming in many forms, the tyrannos is a figure who, usually through great personal wealth, circumvents established political processes to attain power. Often an outsider or one of the wealthy elite, the tyrant flouts conventions of discourse and forums for debate. The tyrant ignores traditions of deliberation and steamrolls opposition. Ultimately, a tyrant rises to power in ways that undermine democratic structures, leaving the ruler unaccountable to those ruled or to the checks and balances of the system.

Centuries later, on another continent, these ideas still matter. It’s from such thinkers that we derive the political concepts that undergird our democracy. The ancient Greeks understood what qualities might destroy the democratic model they developed and that we’ve inherited.

Central among these tyrannical characteristics is a voracious pursuit of wealth with no attendant commitment to public service. For Aristotle in his Politics, money serves as a tyrant’s ultimate means and ends. He cautioned that the tyrant, while claiming to care for the public good, will use the city’s treasury for personal enrichment. Even a tyrant’s gift for rhetoric, and use of flattery and insult, is calculated to provide access to more wealth.

The classical tyrants tended to be notoriously big spenders and conspicuous consumers. They often undertook massive building projects, erecting structures as monuments to their name, trying to increase their notoriety. As Thucydides was forced to acknowledge of tyrants: “They adorn the city beautifully.”

So important is money to tyrants’ aims that they may exaggerate their wealth to gain support. Thus, in Aristophanes’ satirical play, The Wasps, a would-be tyrant’s net worth comes under scrutiny. His opponents attempt to set him straight by reminding him that he’s not as wealthy as he claims and that his aspirations are misguided.

The tyrant also typically capitalizes on popular unrest and dissatisfaction, and mobilizes the people, often violently, against the political elite. Yet because the tyrant comes to power outside the conventions of democracy designed to curb power, and has demonstrated contempt of ideals like rational debate and discourse, he is left unaccountable. He ends up betraying the people who helped install him.

To be sure, the tyrant label only goes to those who have achieved political power, leaving Trump with one key box unchecked. Yet he’s clearly well on his way.

Great, exaggerated wealth? Check. So critical is money to Trump’s image that he routinely overstates his worth.

Steamrolling opposition? Check. To name just one of countless examples, Trump has used his influence to chastise and silence the press. He refused to respond seriously to Megyn Kelly’s challenges, claiming insult and returning it.

Flouting convention? Check. One of many examples is Trump’s decision to boycott the second Republican debate. Asserting special status, he proclaimed of Fox News: “They can’t toy with me like they toy with everybody else.” In mostly self-funding his campaign, he believes himself exempt from the norms of our political process.

Capitalizing on popular unrest? Check. Trump is fanning the flames of resentment and has been accused proffering hate speech. He’s openly and enthusiastically advocated physical violence by private citizens against protesters.

The ancient Greeks believed that the tyrant’s ascent is as much an indictment of the political class of the day as it is of the would-be usurper, and today, critics on both the right and left are correct to point out the self-inflicted implosion of the Republican Party. But the problem is much broader and includes failures of the left and of our political system itself. We must address the anger and disempowerment that fueled Trump’s rise, while also stopping Trump. In his campaign, the seeds of tyranny lie waiting to take root. 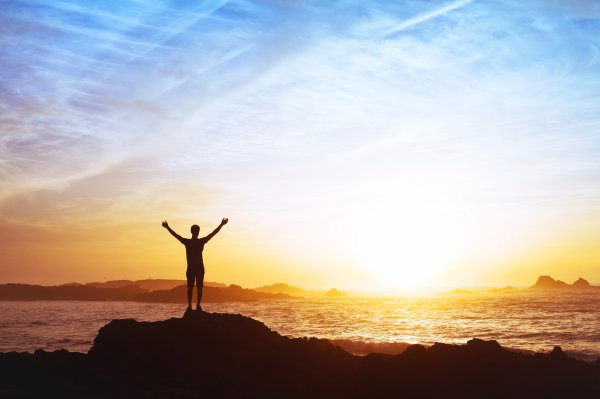 15 Ways to Motivate Yourself and Others
Next Up: Editor's Pick