Why Kids Must Learn About Religion Much Earlier

Getty Images
Ideas
By Linda K. Wertheimer
Wertheimer is a former education editor of the Boston Globe and the author of Faith Ed: Teaching About Religion In An Age of Intolerance.

Last weekend during a basketball playoff game, roughly 50 to 75 fans of a Catholic high school in Boston chanted: “You Killed Jesus” at the opposing side, a suburban school with many Jewish students. That chant, which grew out of taunts between fans of both Catholic Memorial School, a private all-boys school, and the public Newton North High School, drew national news coverage, condemnation and exclamations of horror and shock from many quarters.

Sadly, though, I was not shocked to hear that teens had used religion to toss barbs. Some people, based on comments on Facebook and newspaper and television stories, link the teens’ behavior to a natural outgrowth of seeing Republican presidential candidate Donald Trump and/or his supporters publicly spout racist, anti-immigrant and anti-Muslim rhetoric. I don’t. I think the teens’ behavior stems from something more systemic in our society.

Long before Trump hit the scene, children were hurting each other with anti-Muslim, anti-Semitic, anti-Sikh, and anti-Hindu statements or references. Christian children, such as Jehovah’s Witnesses, haven’t been immune from being picked on because they don’t fit into the so-called norm of the majority in the U.S. Neither have atheists and agnostics.

Catholic Memorial responded quickly by holding student assemblies and pledging to make changes to its curriculum to include education to prevent anti-Semitism. And it banned its student body from attending Monday’s championship game. Newton schools, which has recently dealt with anti-Semitic incidents at a middle school and Newton North, also is dealing with intolerance in its own community and planned to speak with its students about chants they directed at Catholic Memorial for being an all-boys school. Some viewed Newton North’s chants as homophobic. Exchanges between both sides were unacceptable and show why it’s so essential to teach kids to respect any difference.

The schools’ responses were admirable. But America has a huge problem, especially when it comes to understanding and respecting different faiths.

It’s great to react when there’s a crisis, but better yet, we need to start educating our children in schools at an early age about world religions. When I heard of the basketball chant, I could not help but think of the South Pacific song, “You’ve Got to Be Carefully Taught.” The song refers to the idea that children aren’t born hating those who are different. Someone has to teach them before they are age 6, 7, or 8 to hate whom their relatives hated, the song says. These students made it to adolescence thinking it was somehow OK to spew anti-Semitic vitriol at a basketball game, that it was OK to recite something the Catholic church itself had denounced in 1965.

Whatever education the Catholic Memorial teens receive in the game’s aftermath may make a difference, but it will not erase the harm already done. Jewish families at the game heard the taunts. Hearing “You Killed Jesus,” reminds many Jews of how that same kind of accusation led to pogroms in eastern Europe and has fueled violence toward Jews throughout history.

In public schools, since the late 1990s and early 2000s, most state standards have required teaching about the world’s religions as a part of history or geography in middle and high school. That’s too late. Some private and public schools, such as the roughly 1,200 using the Core Knowledge curriculum founded by researcher E.D. Hirsch Jr., teach about world religions to children as early as first grade. But most schools shy away from such lessons because teachers lack training about religion or educators fear backlash from parents.

But schools, using Core Knowledge’s approach as a model, can incorporate simple lessons about religion with very young children. In the first grade Core Knowledge curriculum, children receive lessons on Judaism, Christianity and Islam. They learn to identify different houses of worship like a church, mosque or synagogue. They cut out and color symbols for each faith, such as a Star of David for Judaism and a cross for Christianity. They learn, too, that Jesus is a Jew, a fact that sometimes helps prevent anti-Semitism. It’s teaching, not preaching.

Even kindergartners can and should learn about different religions. Teachers can wrap information in as part of story time, relying on a growing number of books attempting to show the diversity of our world. A new book, It’s Ramadan, Curious George, comes out May 3 and shows how Curious George is learning about the Muslim holy month of fasting, prayer and charity from a friend. It’s OK to utter the names of Jesus, Moses and Mohammed in front of school children, for education’s sake.

The cost of not teaching children earlier about different faiths has too big a price. As they grow, children carry on ignorance and bias they hear elsewhere. They don’t just shout it out at basketball games. As I heard while interviewing youths around the country for my book, Faith Ed., they ask a fourth-grade Muslim boy if he has a bomb in his locker. They take off the head covering of a 5-year-old Sikh boy. Or, as happened in third-grade, a peer uses a ruler and tries to measure a Jewish girl’s nose. 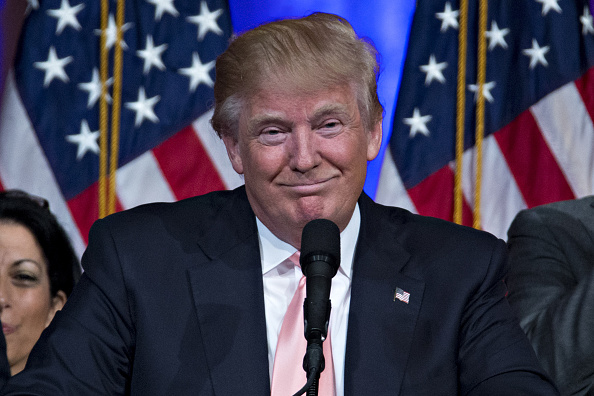 This Is What Ancient Greeks Would Have Called Donald Trump
Next Up: Editor's Pick