When Ryan Green’s one-year-old son Joel was diagnosed with terminal cancer, he channeled his energy into an unusual coping mechanism: He made a video game. Green, an indie game designer, and his wife Amy, a writer and comedian, worked with a team of animators and developers to turn Joel’s cancer journey into “That Dragon, Cancer,” a game released in January and the subject of a new documentary, Thank You For Playing, which hits select theaters March 18.

The film, co-directed by David Osit and Malika Zouhali-Worrall, chronicles two years in the life of the Green family as they care for Joel and his three older brothers and simultaneously capture their son’s experiences in the video game. The clip above shows how a quiet moment in the family’s life—an afternoon feeding ducks together—is rendered in the visual language of the game.

In a statement, Osit and Zouhali said that their curiosity was initially piqued by the Greens’ decision to use “a video game—a medium so often associated with explosions and violence—to convey one of the most emotional, personal and private experiences a family can go through.” To the Greens and the co-creators of “That Dragon, Cancer,” the game is not only “a videogame developer’s love letter to his son” but also an adventure game, a memorial for those who have lost their lives to the illness and a visual autobiography of their lives with Joel, who died in 2014.

“The fact that a video game was capable of awakening this sort of empathy astounded us,” say Osit and Zouhali. “We soon realized that Ryan isn’t only a video game developer, he’s also an artist—and programming is his paintbrush.” 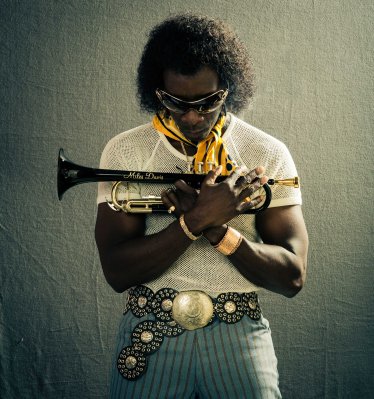