President Obama on Wednesday nominated Merrick Garland to the Supreme Court, prompting Republicans to quickly reiterate their refusal to consider any Obama nominee for the high court. But if he were confirmed, Garland’s addition would give the court the highest number of Jewish justices at one time in American history—setting that record for the second time in Obama’s presidency.

Garland would be the Court’s ninth-ever Jewish justice, and would fill the seat of the late Antonin Scalia, a devout Catholic and Ronald Reagan appointee. For the first time, the court would have four Jewish and five Catholic justices: Ruth Bader Ginsberg, Elana Kagan and Stephen Breyer are also Jewish, and John Roberts, and Anthony Kennedy, Clarence Thomas, Samuel Alito, and Sonia Sotomayor are Catholic. Obama already shifted the balance when he appointed Kagan in 2010, making it three Jews and six Catholics, with no Protestants on the bench for the first time.

A judge’s religious background is not usually a primary factor in a President’s Supreme Court selection, and the religious identity of the serving justices has not historically mirrored the proportional makeup of the American population. But the justices’ personal religious beliefs have often garnered much interest, especially in hot-button social cases like marriage, the death penalty, and abortion. Religious identity is also not a predictor of how justices decide cases. Scalia may be one of the best examples of this—his positions on abortion and marriage aligned with Roman Catholic social teaching, while his views on the death penalty did not. Background information on Garland that the White House emailed to reporters does not discuss his religious background in his biography.

The first Jewish Supreme Court justice was Louis Brandeis, who was nominated by President Woodrow Wilson and who served from 1916 to 1939. A practice developed in the first half of the 20th for the court to tend to have a “Jewish seat,” along with the more common “Catholic seat.”

“Many things about the current Supreme Court and its work would probably have surprised the Founding generation,” says University of Notre Dame law professor Richard Garnett, a past clerk to former Chief Justice Rehnquist. “Especially surprising, though, would certainly have been the fact that every member of the Court is Catholic or Jewish (and that one of the Court’s Catholics is an African-American descendant of slaves who graduated from Yale). ”

If Obama had selected Sri Srinivasan, as many suspected, the court’s religious diversity would have greatly broadened. Srinivasan would have been the first ever Hindu on the high court, introducing representation for eastern religious tradition and non-monotheistic believers. Srinivasan famously was sworn in to the U.S. District Court of Appeals for the D.C. Circuit by placing his hand on the Bhagavad Gita. 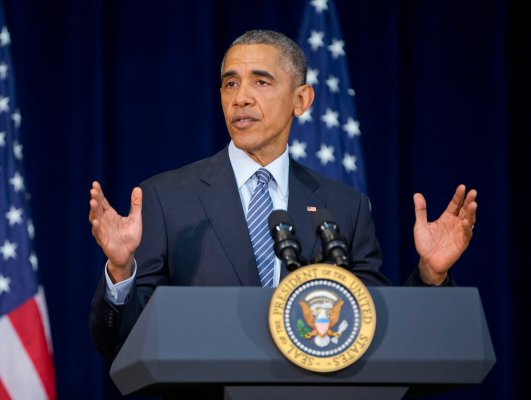