Virtual reality is almost a reality.

The consumer-ready version of the Oculus Rift, a $600 headset that requires a beefy PC to run games, is launching widely on Mar. 28. It will be followed in May by HTC’s Vive and later this year by Playstation VR. I spent a day at the Game Developers Conference in San Francisco test-driving the final Rift. You can read more about my experiences here, but one stood out in particular, if for no other reason than it proves what a mind-bending trip the new technology can provide.

Ubisoft’s Eagle Flight had me reaching for handfuls of the ginger chews Oculus kindly situated around their demo rooms. (Ginger helps settle the stomach.) Eagle Flight lets you pretend you’re a bird of prey soaring over a near-future version of Paris devoid of humans. I didn’t catch why, nor did I much care, since it’s probably just a narrative excuse to lay off already hyper-stressed PC graphics processors. After spending 30 minutes arrowing over a stunning reproduction of the Ile de la Cité, all I can say is that if this doesn’t make you at least a trifle green, you’re not of this world.

MORE: Why Virtual Reality Will Change the World

Learning to fly happens even more instinctually than the first time we all hefted a Wiimote. Move a dot on screen with your head and you fly in that direction, or tilt left or right and you’ll turn respectively. You can go faster and slower, or fire the equivalent of a shockwave blast (dubbed an “eagle scream”) at other eagles by tapping a button. And the game’s 3-versus-3 multiplayer mode, where each side tries to snatch a rabbit and schlep it to a distant nest without crashing or being shot, made Eagle Flight the only game you could easily hear people playing between floors, so loud were the cries of frustration or triumph.

Eagle Flight doesn’t have a price yet, but Ubisoft says it’ll ship sometime this spring. Here are more impressions of initial Oculus games. 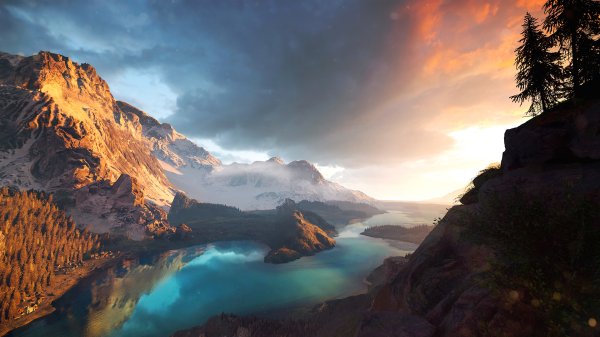 10 Incredible Experiences I Had Playing the Final Oculus Rift
Next Up: Editor's Pick