Miitomo, Nintendo’s idiosyncratic chat-angled foray into the realm of decidedly non-Nintendo platforms, launches in Japan on March 17, and stateside by the end of this month.

Miitomo is a social networking experiment for iOS and Android devices that uses Nintendo’s Miis as conversational icebreakers. But it’s also more than that, sporting its own internal currency, a Plinko-like mini-game and a photo mode that lets you overlay real-world photos with quirky Miitomo designs.

TIME had a chance to ask Nintendo of America president Reggie Fils-Aimé a few questions about the app. Here’s what he told us.

Miitomo may not be a traditional Nintendo game, but it’s still a form of play

“It’s true that Miitomo, at its core, aims to foster social engagement. That’s what it’s all about,” says Fils-Aimé. “And we believe it will do that in a new and engaging way. It’s not a game in the traditional sense that you’ve seen from Nintendo in the past, but those who have used it have commented that it can turn communication between friends into a form of play.”

“The mini-game that you experienced, called ‘Miitomo Drop,’ is all about helping the user to express themselves by earning new clothes or accessories, or hearing more from their friends. We think it’s a playful way to expand on the main concept of the app.”

“We want Miitomo to create an atmosphere that’s distinctly Nintendo,” says Fils-Aimé, answering a question about Miitomo as a safe space. “Just like our games, we want usage to bring smiles. And we believe Miitomo will do that.”

“One of the key components of Miitomo is that you are connecting with your friends. That is a significant measure to ensure that the user experience is consistently pleasant. There are also parameters around the communication that can be done in Miitomo. It doesn’t start as a free-form communication experience. By responding to questions, the dialogue starts as a focused interaction—from there the friends can take things in any number of directions, which is part of the fun.”

He hopes it’ll get people to reengage with Nintendo

“We know that many people have established habits with other social apps and services,” says Fils-Aimé. “We want to do something different. Maybe the best way to consider this is looking at your Mii as an intermediary. For example, if you’re on the phone talking to a friend, and that friend says of a mutual friend, ‘Hey, you’ll never guess what Chris told me.’ That person on the other end of the phone is your Mii. He’s working for you.”

“We expect people’s experience with Miitomo to be a rewarding one in its own right. But at the same time, it’s also a way to have them engage—or reengage—with Nintendo. The way they get involved with My Nintendo will reward them both figuratively and literally down the road. So Miitomo gets people involved with their friends. And one of those friends is Nintendo.”

“We’re not trying to do everything at once. Miitomo is the first of five apps that we will release before the end of March 2017, as previously announced. Once we get through those five introductions, you’ll have a better idea of Nintendo’s overall plan.”

“Our overall mobile goals are significant,” says Fils-Aimé in response to a question about success metrics. “We’re aiming to create multiple apps retaining popularity over extended periods of time—simultaneously. We’re not making any predictions, but we currently have active sustaining communities congregated around franchises like Super Smash Bros. and Mario Kart and Splatoon. Can we do the same thing on mobile? We hope so.”

“We’re also looking at Miitomo as a long-term opportunity. We expect that the Miitomo experience will expand and evolve over time through updates. It’s a service that we will continue to add to. In that sense, looking to quickly make a judgment on the impact of Miitomo may not tell the full story like it would with a traditional packaged game.”

“Another aspect of Miitomo that we believe to be important is its interaction with our new My Nintendo service. The two will launch at the same time, and My Nintendo will bring a variety of benefits to Miitomo users. Out of the gate, My Nintendo will be a points-based reward program but over time will evolve into a true hub for all the different ways that people can interact with Nintendo. It’s a significant long-term initiative for us that starts with Miitomo and will grow from there.”

It helped him get to know other Nintendo staff better

“I did get to see Miitomo early in development, as well as personally experience it prior to launch,” says Fils-Aimé. “I love the addition of Miifoto—a visual way to interact with your Mii and your friends Mii that was added later in development.”

“But more than anything else, I enjoyed getting to know my fellow early testers better. That is the core of Miitomo: finding out surprising things about your friends, and engaging with them on these topics. That is why Miitomo is so much fun.” 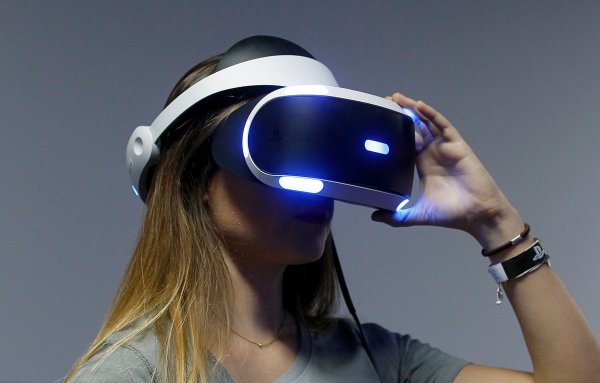 Everything to Know About Sony's PlayStation VR Headset
Next Up: Editor's Pick