“Life Of Pablo is a living breathing changing creative expression,” the rapper tweeted on Tuesday, which means he’ll probably be tinkering with it and making alterations for days/weeks/months to come—who knows.

Over the weekend, listeners noticed that West had updated the album, which is only available to stream on Tidal, with alternate lyrics and mixes. Now, there’s an entirely new version of the song “Wolves,” which has gone through several iterations since West first unveiled it on Saturday Night Live last year. Originally, the song featured pop star Sia and rapper Vic Mensa. Yet when West premiered the album at a Madison Square Garden event last month, Sia and Vic Mensa’s contributions were cut and replaced with an appearance by elusive chanteur Frank Ocean.

On the new version, Sia and Vic Mensa are back, while Ocean’s contribution is its own song, “Frank’s Track.” You can hear it over at Tidal. West has been promising to “fix” the song for weeks, though it’s possible West will continue to obsessive over the details while he’s working on the three albums he’s promised this year. 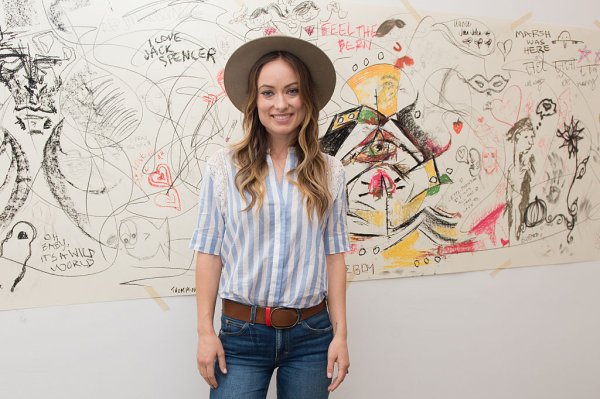 Olivia Wilde Says She Was Considered 'Too Old' for The Wolf of Wall Street Role
Next Up: Editor's Pick