“What do you think about my breasts?” is probably not a question Jimmy Kimmel gets every day, but it’s one Wonder Woman actress Gal Gadot—that’s pronounced guh-duht, by the way—posed to him on Tuesday after the late-night host revealed he was a comic-books nerd. Ever since Warner Bros. unveiled Gadot’s version of the iconic character, who appears in Batman v Superman: Dawn of Justice before getting her own film in 2017, comic die-hards have commented and criticized everything from the radical new costume to Gadot’s figure. “A lot of the fans had a lot to say about my breasts,” she joked. But Gadot’s only problem with the outfit, which Kimmel complained departs from the traditional Wonder Woman look, is that when she first tried it on, she couldn’t breathe: “I was so happy and grateful and thankful for being there for doing this role that I didn’t say anything about the fact that it was so tight.” 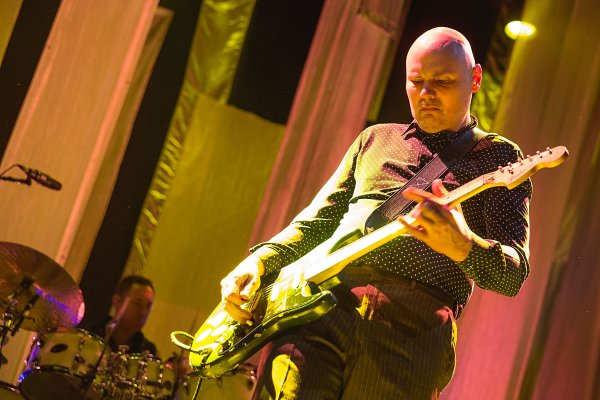 Billy Corgan Thinks the Smashing Pumpkins Belong in Rock and Roll Hall of Fame
Next Up: Editor's Pick