Thailand's Generals Want to Reserve Their Seats in a Future Senate

Thailand’s ruling junta has proposed that military commanders should automatically be members of an unelected senate — and insist that the arrangement does not constitute another coup d’état.

The generals — who seized power in May 2014 — have put forward a draft constitution, on which the country will vote on Aug. 7.

The State Council for Peace and Order on Tuesday proposed that the new charter should include a provision that would mean that the country’s five top military generals and the police chief would be ex-officio members of the upper house, Thai PBS reports. The rest of the members of a 250-member senate would be appointed by a selection committee.

According to the Bangkok Post, junta member General Prawit Wonsuwan said the military chiefs would even help prevent a future coup.

“MPs can explain to those military commanders about the administration of their parties,” Prawit said. “We want to do this for only a period of five years, for the most effective and transparent transition and for our future.” 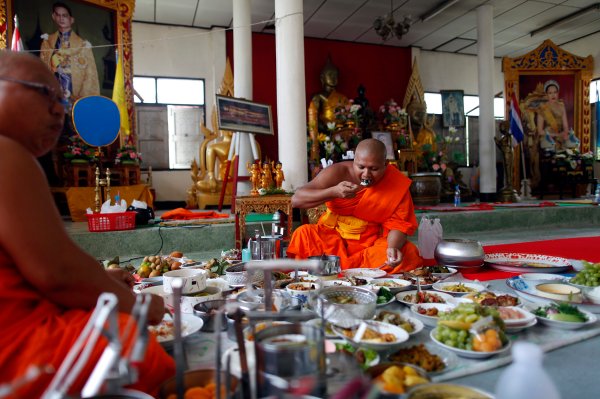 Thailand's Monks Eat Far Too Much
Next Up: Editor's Pick