Billy Corgan feels the Smashing Pumpkins deserve their place in the Rock and Roll Hall of Fame, but he may be a little biased.

“I’m only speaking as a fan, but it’s hard to trust the institution as a meritocracy when you have people in there who weren’t very influential, didn’t sell a lot of records but because somebody somewhere was a fan, they’re in,” the group’s lead singer tells Rolling Stone. “And then you have other people who were hugely influential and they go, ‘Well, you know…’”

This year’s inductees include Steve Miller, Cheap Trick, N.W.A., Chicago, and Deep Purple. And though the band has endured for the 25 years required for Hall entry, Corgan remains the only original Pumpkins member to still be with the group. Corgan hadn’t been on great terms with many of the earlier members, but former drummer Jimmy Chamberlin did join the Pumpkins for their 2015 tour with Marilyn Manson.

“We’ve been talking again for years, it wasn’t an out of the blue thing. When our friend Dennis Flemion from the Frogs passed away — he died in a tragic accident a few years ago — and that’s the first time we had seen each other,” Corgan told EW at the time. That broke the ice, mourning our friend. We’ve been in contact ever since. We addressed the idea that we would make music again. It wasn’t as big a gap as it seemed publicly.”

Corgan added that he sees the band as an “open collective” to play with “whoever feels right at the time,” but should the alt rockers gain admittance to the Rock and Roll Hall of Fame, that raises the question of which members would enter alongside him.

Despite its rotating lineup, there’s no denying the influence the Pumpkins have had on music.

“I think my band belongs in there because we were one of the prime bands of our era and we continue to be a top band,” Corgan continues to Rolling Stone. “Next year will be, technically, our 30th year. So the fact that I’ve been in this band, you know, essentially 25 of the last 30 years, I think that says something.” 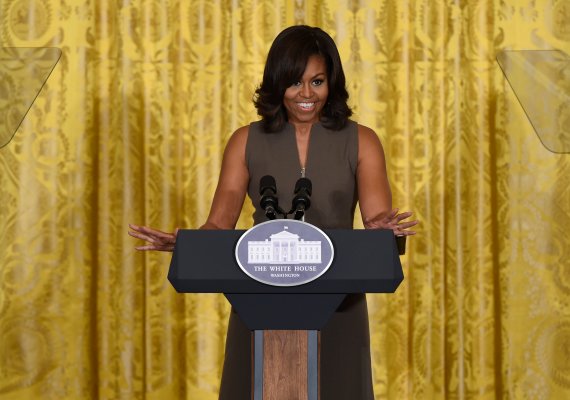 Hear Michelle Obama's Song With Missy Elliott, Kelly Clarkson, Zendaya and Others
Next Up: Editor's Pick