First lady Michelle Obama speaks in the East Room of the White House in Washington, March 15, 2016, for a conversation about the health of kids as part of her Let's Move! initiative.
Susan Walsh—AP
By Nolan Feeney

It takes a woman as powerful as the First Lady to get this many stars on one song.

Ahead of her SXSW Music Keynote Conversation on Wednesday, Michelle Obama has a released song titled “This Is For My Girls” that features Missy Elliott, Kelly Clarkson, Zendaya, Kelly Rowland, Janelle Monáe, Lea Michele, Jada Grace and Chloe x Halle. You can hear it on iTunes here.

FLOTUS doesn’t sing on the track, which was written by legendary songwriter Diane Warren, but she did assemble the track with AOL’s Makers to promote her Let Girls Learn initiative, which helps provide access to education to the estimated 62 million girls around the world without schooling. The song’s proceeds will go the Peace Corps Let Girls Learn Fund.

Chloe x Halle will perform the song live during the keynote address Wednesday morning, which will feature a discussion between the First Lady, Elliott, Warren, Sophia Bush and Queen Latifah, who will moderate the conversation. The event will be live-streamed on MAKERS.com starting at 11:30 a.m. ET. 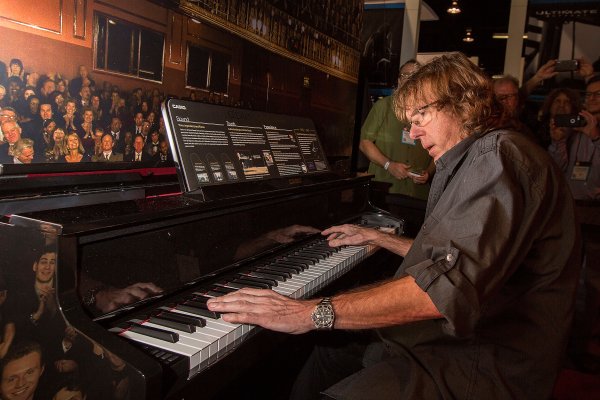