At the height of the digital SLR era, when the threat from smartphones was met by camera manufacturers with laughs and quick dismissals, there was a time when the race between companies like Canon and Nikon was for more megapixels. New camera models had to improve on their predecessors pixel numbers, leading to unfathomable file sizes. The problem: larger pixel counts mean smaller pixels, and smaller pixels can’t capture as many photons as their larger siblings, leading to terrible results in low-light situations. The public quickly caught on, and the market adjusted accordingly. Today, most traditional cameras are fitted with larger sensors that help them offer stunning results when shooting once darkness falls.

In some situations, the Samsung Galaxy S7 excelled
Josh Raab for TIME

Meanwhile, smartphone makers were heading in the other direction, continuing to add more pixels without compensating by growing the size of their sensors.

The Samsung Galaxy S6, for example, sported 16 million pixels on a sensor smaller than a fingernail. But, with its latest flagship phones, the Galaxy S7 and S7 Edge, Samsung has backed down. The new phones use only 12 million pixels, offering better results in low-light situations.

We’ve put it to the test atop One World Trade, and the results are impressive compared to its predecessors—and even, in certain situations, with Apple’s line of iPhones.

Once blown-up on a larger screen, the high level of noise is clearly visible
Josh Raab for TIME

But anyone looking for a reliable camera replacement will remain disappointed. Yes, the images shot with the Galaxy S7 look great on the phone, but when we transferred them to a larger screen, we were less impressed. The level of noise remains high and confirms, once again, that we still have a long way to go before smartphones can fully compete with cameras.

This, however, shouldn’t deter Samsung Galaxy S6 owners from considering the new model. There’s no doubt that the S7 offers major improvements – the camera’s autofocus is much faster, for example – worthy of an upgrade. 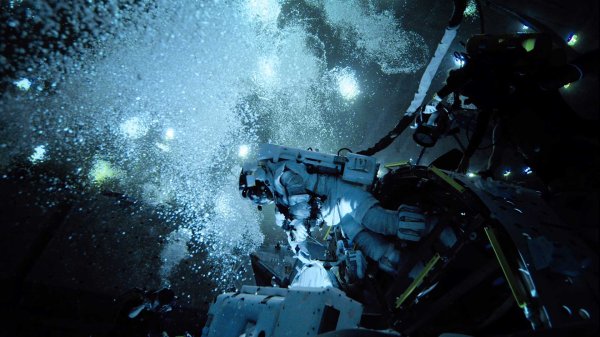