I'm a Cis Woman. My Husband's a Trans Man. This Is How We Made 2 Babies.

Ideas
By Heather Osterman-Davis
Osterman-Davis is a freelance writer and mother of two. She is currently working on a memoir

Mitch and I met at a New Year’s Eve party in 2007 when I was 35 and he was 36. We fell instantly and ferociously in love. At first blush, little about the situation was ideal: I was living in New York City and minutes out of a break-up; he was in Arizona, in between careers and on the cusp of beginning the medical transition from female to male.

But the pull to be together was stronger than any of the obstacles, and within four months he applied to and was accepted to graduate school in New York, moved in with me and had gender reassignment surgery. Two months after that, he proposed.

By the following summer, we were married in front of family and friends. While gay marriage wasn’t yet passed in New York, let alone nationwide, we were able to have a legal ceremony because he was now legally male. We honeymooned in Greece, and started talking about having a baby. The only problem was our lack of sperm.

The two primary ways to obtain sperm are purchasing it from a sperm bank or getting it from a known donor—a man who donates sperm for free, either someone you already know, or meet through a search process. I was not only set on using a known donor, but I had one in mind, my good friend Chris. Chris and I had met 10 years earlier in Texas, before either of us had met our respective husbands, and had bandied around the idea of him helping me get pregnant when the time was right, joking about the beautiful, smart, ginger baby we’d make. But, of course, the decision wasn’t mine alone.

On principal, Mitch loved the idea of a known donor, but it wasn’t without emotional land mines. While some transgender men carry babies themselves or donate eggs for a partner to carry, this wasn’t something either of us wanted. But not being able to genetically father our child was a profound loss for Mitch. The idea that someone else could be viewed as more our child’s father than him, just because they were born with sperm, felt like a painful reminder that no matter what Mitch did, he would never be “male enough.” But he also felt strongly about our child being able to know the person who genetically contributed to their making, and didn’t want to take away that experience because of his own fear.

Eventually Mitch agreed that using Chris’ sperm was the right thing for us. So, the next time Chris was in town, I officially asked him to be our donor. We discussed our individual expectations of what this relationship would look like. We agreed to some important fundamentals: Mitch would be the child’s only father, and Chris would have neither financial obligations nor input in parental decisions, but he would be a part of the child’s life, including, but not limited to, the very important first trip to Disney World.

Our plan consisted of do-it-yourself style inseminations at home. This entailed Chris depositing his semen into a glass and handing it off to Mitch, who would then insert it into my body with a small glass syringe. We repeated this process several times over the course of four days. Technically, this MacGyver approach to conception was illegal, as FDA regulations prohibit the use of fresh sperm from anyone other than the recipient’s intimate partner, though there has been some debate about the FDA’s ability to regulate individuals. In order to legally use sperm from anyone other than an intimate partner, sperm must collected under medical supervision, frozen and quarantined for at least six months. (New legislation in California challenges this and allows for limited use of fresh sperm without quarantine.)

By that time, I was 37, and six months felt like an insurmountable delay. From everything I had read, extenuating factors aside, fresh sperm fared better than frozen, and doing the insemination ourselves meant we could do as many attempts as we wanted at no cost. Being in the privacy of our own home also made it feel more intimate, as if Mitch really was getting me pregnant.

We got lucky and got pregnant on our first try. While we basked in the glow of our pregnancy, some of our friends were worried for us, telling us nightmare stories of a friend of a friend who had used a known donor and had things go horribly wrong: the donor who sued for custody, the non-genetic parent who was denied a second parent adoption. At first their stories didn’t faze us, but the more people cautioned, the more we started to wonder if we needed to do something to protect ourselves legally. Because the truth is, using a known donor, especially outside of a medical establishment does open you up to many legal risks.

In a sperm bank, donors automatically give up rights of parentage for any offspring they produce. If you’re a married heterosexual couple, where the woman is carrying, the husband instantly becomes a legal parent. If you’re a lesbian couple, and your state allows it, the non-genetic parent needs to do a second parent adoption to have any rights, but the donor still has none.

While the laws for known donors are inconsistent, generally known donors retain all of the legal rights and obligations of any genetic father unless those rights are legally terminated. One way people attempt to counter this is by utilizing a donor contract where the donor purportedly signs away all rights to whatever child comes from his sperm. The extent to which these contracts are legally enforceable, however, continues to be a source of debate.

For us, the fact that Chris would be part of our child’s life further complicated things, as involvement in any form can be interpreted as an indicator of parentage which is generally established by three criteria: genetics, involvement in a child’s life and finances. Two out of three of those can be used as a decent argument for parentage, and if Chris decided he wanted parental rights, it’s possible he would have gotten them.

Neither Mitch nor I were concerned about Chris challenging Mitch’s parental rights, but Mitch did have concerns about what would happen in the event of my death. But betting on that worst-case scenarios felt like signing an aggressive pre-nuptial when you’re still in a honeymoon phase. And I kept coming back to the idea that because Mitch was legally male, and we were legally married, we were protected, so why stir the pot?

The four of us had grown up witnessing a legal system that often felt more threatening than supportive of the LGBT community. In New York, second parent adoption requires a home study, and the prospect of allowing the government into our home to judge our acceptability felt unfair and frightening. What would some stranger think of a cis-gender woman, a transgender man, and two gays who had made a baby with the help of a syringe?

In reality, the greatest threat wasn’t external; it was me. If Mitch and I split up down the road, and I decided I didn’t want to share custody, I might stand a chance with a sympathetic court. But I would never do that. Then again, that’s what people always say.

In the end, we didn’t end up doing anything legal. Nine months later our son was born. I became a mother, and Mitch became a father. Mitch is on the birth certificate as the father. Chris met our son and fell in love, but doesn’t claim him as a child. Chris is “Poppy” now. Our son knows he’s someone special, but nothing beyond that yet. We also have a daughter who was conceived shortly after our son turned 1. This time, we used Chris’ husband David’ sperm. David’s now “Pippy.” He’s someone special, too.

It’s possible that down the road we’ll decide to proceed with official second parent adoption for Mitch. But I hope that laws will continue to evolve to create room for an even greater ranger of families, to carve out a space for a child to belong to a mom, a dad, a Pippy and a Poppy, where no one has to give up something for someone else to gain. For now, we have two, beautiful children who think they have the best father in the world. 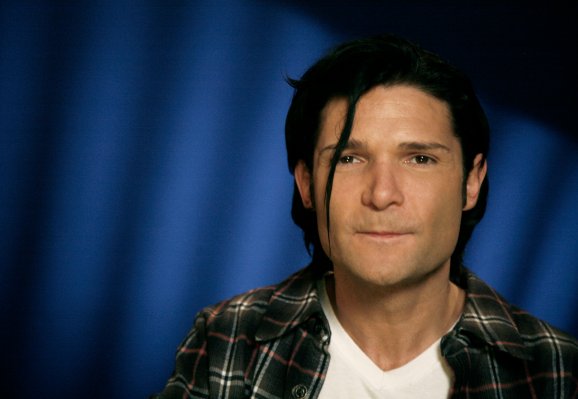 Corey Feldman's Claims Show Why Sex Crimes Should Have No Statute of Limitations
Next Up: Editor's Pick