Iraq’s embattled military chiefs announced they will try to impose conscription for the first time since the fall of Saddam Hussein.

The draft law would be sent to Prime Minister Haider al-Abadi and the country’s parliament for approval.

The announcement on the Defense Ministry’s website late Monday came as the country’s forces struggled to defeat ISIS extremists who have taken over swathes of the county. ISIS’ advances have been a huge embarrassment for the Iraqi military as soldiers retreated en masse from some of the front lines and extremists paraded hardware captured from the army.

The move to draft men… 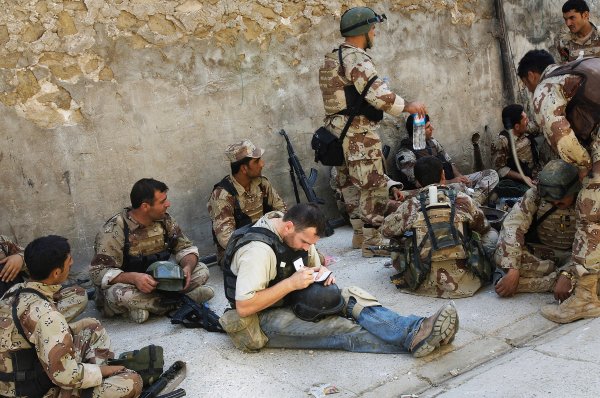 Get an Exclusive Look at the Trailer of HBO's Iraq Documentary Only the Dead See the End of War
Next Up: Editor's Pick