Robert Downey Jr. may love playing Iron Man, but don’t expect Tony Stark to headline another solo movie anytime soon. When the actor sat down with USA Today for a Captain America: Civil War set visit, the topic of a fourth Iron Man film came up. And while Downey seems game to play this character for as long as Marvel lets him, he also admitted, “I don’t think that’s in the cards.”

“In a way it’s Cap 3 but for me it’s like my little Iron Man 4,” Downey explained. “And then it’s back to the thing we all recognize. Everything pulls over to the side of the road when the thunder of an Avengers thing comes through because that’s how it is until it changes. If it changes.”

Since kicking off the Marvel Cinematic Universe franchise in 2008, the three Iron Man films have grossed more than $2 billion worldwide — and Downey’s character has become one of the most prominent Avengers. Don’t worry about getting your Tony Stark fix, though. While the events of Infinity War remain unclear, even if Team Iron Man doesn’t come out on top in Captain America: Civil War, it doesn’t seem like Downey will give up his iron suits so easily. 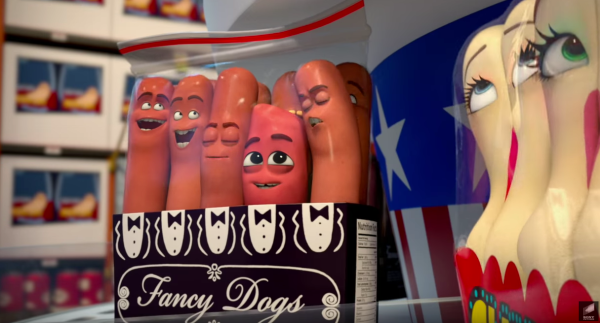 Watch the Trailer For the R-Rated CG Film Sausage Party
Next Up: Editor's Pick