A senior NFL official has for the first time acknowledged a link between football and the brain disease Chronic Traumatic Encephalopathy (CTE).

Jeff Miller, the league’s senior vice president for health and safety, took part Monday in a roundtable organized by the U.S. House of Representatives’ Committee on Energy & Commerce, where Rep. Jan Schakowsky (D-Ill.) asked him if there was an established link between the repetitive head injuries sustained by many athletes in the sport and CTE. “The answer to that question is certainly yes,” Miller said, according to ESPN.

The statement is in contrast to past remarks by other NFL officials. In 2009, a spokesperson acknowledged that “concussions can lead to long-term problems,” but none have specifically admitted they could lead to CTE, a degenerative condition that can only be diagnosed after death. Boston University neuropathologist Ann McKee, whose research Miller cited, has diagnosed 90 out of the 94 former NFL players she’s examined with CTE.

“I think the broader point,” said Miller, “and the one that your question gets to, is what that necessarily means, and where do we go from here with that information?” 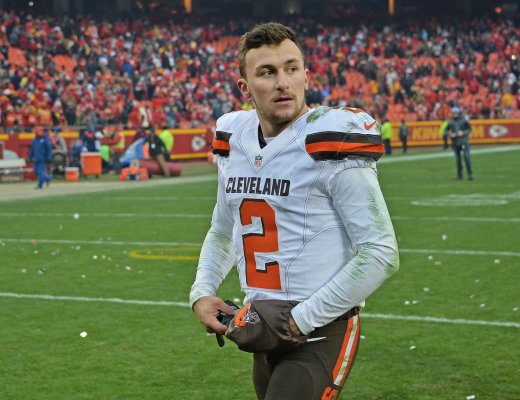 Johnny Manziel Released By Cleveland Browns
Next Up: Editor's Pick