A new Donald Trump attack ad features a group of women merely reading things the businessman has said in reference to women. For one minute, women read Trump quotes that range from somewhat rude to outright vulgar.

“That must be a pretty picture, you dropping to your knees,” one woman says, quoting a remark Donald Trump made to a female contestant on the Apprentice.

The ad, “Quotes,” reiterates a stance taken by many given Mr. Trump’s past and current statements about women. Donald Trump has a shaky history with comments decried as sexist, despite his claims that he’s “going to be really good for women.” Throughout the campaign, he’s faced fire for insinuating that a female journalist was asking tough questions because she was menstruating and criticizing Carly Fiorina’s appearance.

It was paid for and distributed by the Our Principles PAC, a group that appears to have been organized merely to stop Trump. According to Factcheck.org, the PAC was formed in January 2016 and a Republican strategist with ties to Mitt Romney’s 2012 campaign. Our Principles PAC gets most of its funding from Marlene Ricketts, wife of TD Ameritrade founder Joe Ricketts. 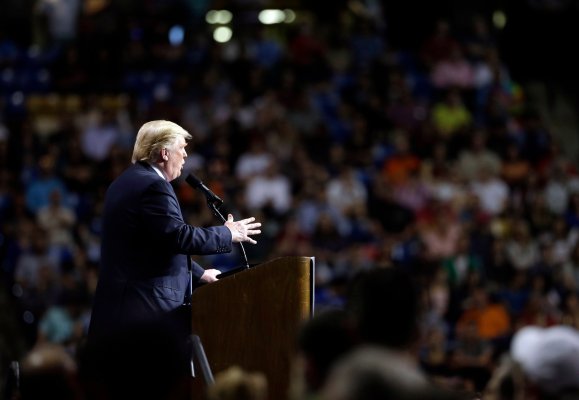 Trump's Complicated Relationship With Jewish Voters
Next Up: Editor's Pick