Anti-Defamation League: We Are Redirecting All of Trump's Donations

Ideas
By Jonathan A. Greenblatt
Greenblatt is CEO and National Director of the Anti-Defamation League.

This week, thousands of people have gathered in Washington, D.C., for what has become one of the largest gatherings on the political calendar: the AIPAC Policy Conference.

Dedicated to a strong U.S.-Israel relationship, the American Israel Public Affairs Committee invites the leading presidential candidates to address its conference each election year. This one is no different, except that one of those candidates is Donald Trump.

In light of Trump’s penchant to slander minorities, slur refugees, dismiss First Amendment protections and cheer on violence, some in the Jewish community have said that Trump should not be invited to speak or that attendees should walk out during his remarks in protest. This is not surprising, as the Jewish community has long placed a premium on promoting values of tolerance and building a pluralistic and more diverse society—values that seem at odds with Trump’s message on the campaign trail.

AIPAC has responded that they invite all candidates, and indeed the other GOP hopefuls and Hillary Clinton will address the conference. Bernie Sanders will not attend.

We believe AIPAC was right to extend an invitation to Trump as the presumptive Republican nominee for the highest office in the land. AIPAC has a longstanding practice of extending invitations to all of the Democratic and Republican nominees for office during presidential seasons, and this is in keeping with their tradition of bipartisanship and giving all candidates a chance to have their say.

We also believe that those attendees who might be offended by Trump’s message have every right to walk out on him should they choose to do so, just as others have the right to remain in the audience and hear him out.

And yet, our history, our faith and our values teach us that we cannot sit idly by when others are singled out for derision and when intolerance is fed.

That is why when the Anti-Defamation League (ADL) was founded more than a century ago—at a time when Jews faced widespread discrimination and physical threats—it committed itself both to stop the “defamation of the Jewish people” and to fight for “equal justice for all.” It’s why my predecessors marched with Martin Luther King, Jr. in Selma, why they fought for the first hate crimes laws, and why our attorneys file briefs to protect the rights of Muslims, Sikhs and other religious minorities.

It’s worth remembering that, long before this campaign season, Trump was known for many things—his track record in business and entertainment, but also for his philanthropy. Some people might be surprised to learn that, among many other causes, he contributed generously to ADL in years past.

In the past decade or so, Trump contributed a total of $56,000 to our organization. In the late 1990s, we even praised him for speaking out against the historically discriminatory practices at South Florida resorts. He was asked to be featured at an ADL fundraising dinner, and Trump provided a quote praising a book written by my predecessor. I have no doubt that Trump, over the years, has contributed to other Jewish organizations.

These undoubtedly were sincere gifts. But, in light of how Trump has changed, ADL’s leadership has decided that we must change how we approach his contributions to our organization.

We have decided to redirect the amount of funds that Trump contributed to ADL over the years specifically into anti-bias education programs that address exactly the kind of stereotyping and scapegoating he has injected into this political season. For starters, we plan to use these funds to expand our nationally renowned No Place for Hate® educational program and enable schools in 10 regions across the country to increase their anti-bias and anti-bullying work.

But we don’t want to do it alone.

I call on other Jewish groups—and any other philanthropies and non-profits—also to redirect any funds that may have been given to them by Trump and use them for similar initiatives to combat hate, promote tolerance, and build a stronger American community. They are welcome to support our No Place for Hate program.

We are taking this step to demonstrate that, even as the campaign has surfaced ugly rhetoric, we can reach higher. Even as his campaign has mainstreamed intolerance, we can push back on the hate and evoke our better angels not just with words, but with deeds.

Whether Trump is successful in the voting booth is up to voters, not non-partisan non-profit organizations like ADL. However, no matter how the election ends up, we need to look to the future, assess how we as a country lost our way during this campaign season, and work to inoculate the next generation from intolerance.

That works begins now. I hope others will join us in that effort. 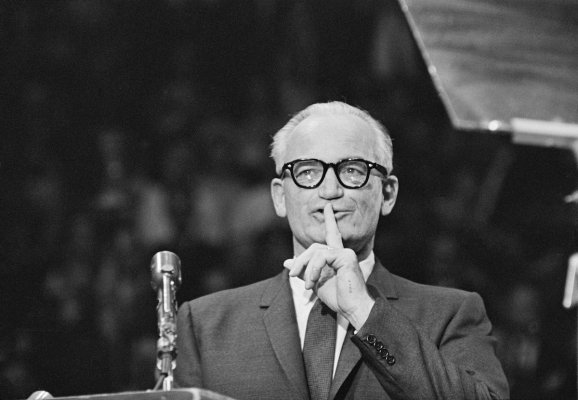 What Happened Last Time a Political Party Establishment Was Challenged
Next Up: Editor's Pick