In its 41st season, Saturday Night Live has seemed a little tired. The rise of a political candidate whom it’s nearly impossible to parody effectively would have put the show to the test even if they hadn’t aligned with that candidate by having him host. But over the weekend, the show proved one thing it can still do brilliantly: Defining the persona of a star.

Ariana Grande’s hosting stint put forward the unusually sharp wit and all-around comedy chops of a performer known best in her short career just for singing well. Grande is often treated as the heir to classically great vocalists like Mariah Carey, a label that’s as flattering as it seems to be limiting for an artist still figuring out her place in the pop ecosystem. On SNL, Grande was allowed to be as weird as she wanted—the sort of weirdness that Grande’s casual fans likely didn’t even know they wanted from her.

This included showing off an unusual flair for impersonations. Grande had uncorked a Céline Dion impersonation in the past, but in a single sketch, she also gave us her Britney Spears, Whitney Houston, and Shakira. That the sketch itself was a flimsy showcase for Grande’s chameleonic comic gifts mattered less than the fact of those gifts’ existence. Elsewhere in the broadcast, Grande gave us an overearnest Jennifer Lawrence that was both impressive and, perceptively, a little bit mean. In a pop-music market that tends to sand down its stars’ oddities, Grande had never before had the occasion to reveal that she could do so much more than hit the right notes.

Saturday Night Live has long helped to cement images of stars that are radically different from the ones their work puts forward. Justin Timberlake was a diligent young pop star when he first took the stage there; now, he’s arguably better known for his comedy work than for his new music. Lindsay Lohan broke through, in the early stages of her career, with unusually sharp and engaged hosting stints; later on, stars like Anne Hathaway and Emma Stone have used the show to show how loose and witty they can be, even when the projects they’re promoting are dour and grave.

And Grande joins the group, now, with a gig that showed off both her and Saturday Night Live‘s best qualities. Had the broadcast devoted even what little obligatory time it did to the Trump and Sanders campaigns to more Grande impressions, it would have been all the stronger for it. Perhaps the only inexplicable part of the broadcast was Grande’s wearing a menswear-style suit jacket dangling from one arm during her first musical performance. But then, that sort of sartorial oddity, like a single glove or a cone bra, is the prerogative of a pop icon—the sort of figure Grande proved she’s growing into. 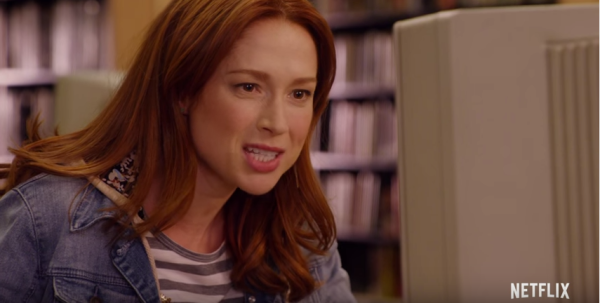 Watch Unbreakable Kimmy Schmidt Get Even Edgier in Season 2 Trailer
Next Up: Editor's Pick