The internal unrest in South-East Turkey that started following the June 7, 2015 general elections continue to threathen Turkey’s energy security. The Turkish government (Adalet ve Kalkinma Partisi-Justice and Development Party) is struggling to ensure the safety of the country’s border with both Syria and Iraq, which covers a total distance of about 1300km. As a result of the fighting that started between Turkish security forces and the PKK after the June 7 elections,since then 200 Turkish security forces and more than 3000 PKK militants died. Due to the continuation of the fighting and the implementation of a curfew from time to time in the region, the only official information is provided by the Turkish government and is seen as unreliable, yet government officials do not allow a neutral institution to enter into the conflict zone.

Turkish President Erdogan, while starting a war against the PKK in South-Eastern Turkey, maintains a good relationship with KRG leader Barzani who is also seen as a leader by Kurds living in Turkey. As a result of the bilateral relations between Erdogan and Barzani, the KRG was able to build an additional pipeline to sell Kurdish oil via Turkish territory. Though for a long time Kurdish oil was sold from Turkey’s Ceyhan port unlawfully, Kurdish oil has now begun to sell labelled as Iraqi oil through Turkey thanks to an agreement between the Iraqi government and the KRG’s Erbil government at the end of 2014. Due to low oil prices and a federal budget conflict with Bagdad, Erbil slogs away to pay salaries of Peshmerga-Kurdish security forces who are fighting against ISIS.

Oil income , which is the most important source of income for the KRG has been interrupted by the PKK who launched a new series of attacks on the Kirkuk-Ceyhan oil pipeline in Turkish territory, cutting off the oil flow from the KRG fields to Turkish ports.

The PKK considers Barzani’s support of Erdogan through energy agreements a betrayal of the Kurdish people. On the one hand, Ankara is fighting against the PKK in South-East Turkey and while experiencing international problems because of the ISIS and Syria crisis. On the other hand, Ankara commenced the process of tendering for construction of the Sirnak Natural Gas Pipeline, which is planned to integrate the natural gas of Iraqi Kurdistan into the Turkish national gas pipeline network. Nevertheless, the PKK already declared that the organization is against building a new natural gas pipeline between Turkey and Iraqi Kurdistan.

Contrary to popular belief, the Kirkuk-Ceyhan oil pipeline will not only be able to export Iraqi oil, it will also be extremely important for Turkey’s energy security. Turkey has been purchasing Iraqi oil for many years and is now dependent on Iraq for 30 percent of its oil supply. According to EMRA reports, –Turkey’s Energy Market Regulatory Authority- Turkey imported 3,2 million tons of Iraqi oil between October and December in 2015, while only importing 1.36 million tons from Iran and 1.31 million tons from Russian over the same period.

Hence, if the PKK blow up the Kirkuk-Ceyhan pipeline in the upcoming spring and summer months, Turkey’s imports of Iraqi oil will also be cut. Turkey has increased its imports of Russian oil, which was most probably contracted before the Russian warplane was shot down on Nov. 24, 2015. In addition to Russia, Iran is also a significant Turkish oil supplier. Moscow would benefit from the PKK attacks to pipelines in Turkey. Considering the Iran-Iraq-Russian axis against ISIS, Russia may pressure Iran to not to increase oil exports to Turkey. In summary, Turkey faces energy security threats not only internally, in the form of the PKK, but also externally as its four neighbors look to capitalize on the instability. 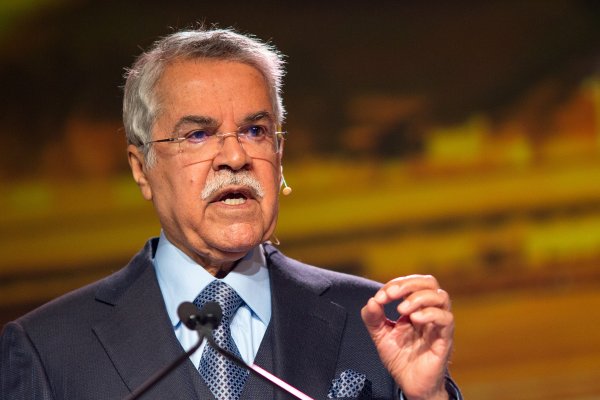 Oil Price Crash Was Not Saudi Arabia’s Fault
Next Up: Editor's Pick