India could be violating the U.N.’s development agenda if it fails to criminalize marital rape, the head of the U.N. Development Programme implied on Monday.

In an interview with the Hindu newspaper, UNDP chief Helen Clark said the only parameter for determining rape should be consent.

“It’s pretty clear in the circles I move in at the U.N. that rape is rape,” Clark said on the sidelines of a summit in New Delhi. “The issue is the consent of the women, and if it isn’t there, it is rape.”

She also added that each country needs to examine its laws under the U.N.’s Sustainable Development Goals, which India has officially adopted, to see whether they “take women forward or take them back.”

Clark, a former Prime Minister of New Zealand, was responding to a statement by India’s Minister for Women and Child Development in which marital rape was referred to as a foreign concept. The minister, Maneka Gandhi, said last week that factors like India’s “illiteracy, poverty, myriad social customs and values etc.” mean that the concept of marital rape “cannot be suitably applied” to India.

“An assault on women at home is never something ‘within the family,’” Clark told the Hindu. “It is a crime. It has to be recognized and dealt with.” 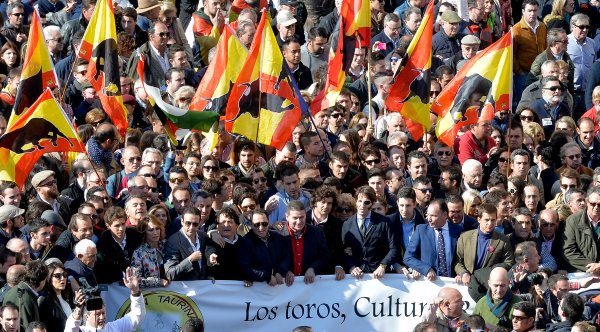 Pro-Bullfighting Protestors March in Spain
Next Up: Editor's Pick