See How Your City May Be Affected by Rising Sea Levels

Study after study has shown that sea-level rise due to climate change will leave cities on U.S. coasts vulnerable to severe and more frequent flooding. Despite the warnings, though, Americans continue to live and build in regions likely to be inundated with water in a matter of decades.

New research published in the journal Nature Climate Change suggests that as many as 13 million people may live in vulnerable regions along the U.S. coasts by 2100 if sea levels rise by 5.9 feet (1.8 m). That’s three times as many people as would be affected in the absence of continued coastal development and anticipated population growth along the sea.

“By their nature populations are always changing,” says study author Matt Hauer, a demographer at the University of Georgia. “If we don’t have adapted infrastructure to protect people vulnerable to sea level rise, we could see a migration that mirrors the Great Migration”—the period in the U.S. during the 20th century when millions of Americans moved to cities in the North.

Significant uncertainty remains about how much sea levels will rise in the coming decades. Leaders around the world have acted to slow the temperature increases that cause ice to melt quickly and, in turn, sea level rise. But sea levels will rise even in the most optimistic scenarios.

The Intergovernmental Panel on Climate Change (IPCC), a key body that publishes the scientific consensus on global warming, has suggested that average global sea levels have risen by around 3 mm annually since the early 1990s. That number is expected to skyrocket in the coming decades as temperatures continue to increase, leading to a total rise of somewhere between 0.75 m (2.5 ft) and 1.9 m (6.2 ft) by 2100, according to an analysis of IPPC projections published in the journal PNAS.

Read More: Obama and Trudeau Should Establish a Carbon Market

The difference between the high and low end of sea level rise projections would represent a substantial difference for populations along the coast. The number of people affected would total around 4 million if sea levels do not rise more than 3 feet (0.8 m), according to the research.

Regardless of how many people are eventually displaced, the study suggests that governments will be forced either to pay enormous sums to relocate communities or invest billions in infrastructure to protect them. Residents of some remote Alaskan villages facing rising sea levels are currently being relocated at the cost of approximately $1 million per resident, according to the study. The million dollar per resident figure would not necessarily apply in other locales, but mass relocation would undoubtedly cost a fortune.

Sea level rise would affect millions of people in some of the country’s most populous metropolitan areas including New York City, Los Angeles and the San Fransisco Bay Area. Perhaps the most vulnerable area is Southern Florida. Researchers project that nearly two million people in Miami-Dade County alone could face displacement due to rising sea levels. Policymakers in Florida, like many other jurisdictions in the U.S., understand the anticipated challenges of adapting to sea level rise. But many have been reluctant to face head on the political challenges of adaptation.

“Southeast Florida is really ground zero on climate change and sea level rise in particular,” Christina DeConcini, director of government affairs at the World Resources Institute, told TIME last year. “There’s a disconnect there. It seems if you were an elected official in the state of Florida, it would be incumbent on you to protect your constituents.” 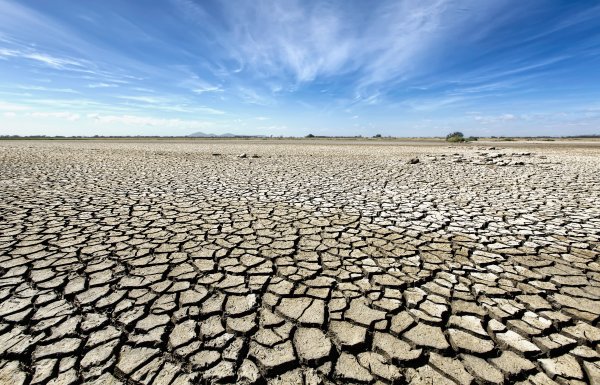