Rubio Grows Emotional About Trump as He Faces Prospect of Defeat

Florida Senator Marco Rubio built his presidential campaign around an optimistic vision of uplift, both for the Republican Party and the nation. But when he spoke to reporters Saturday, with polls showing him trailing in his home state and the nation’s television screens showing violence at a Donald Trump rally, he appeared deflated and despondent.

“This is a frightening, grotesque and disturbing development in American politics,” Rubio said of the violence. “We are being ripped apart at the seams now,” he continued. “I’m sad for this country. This is supposed to be the example to the world of how a republic functions and instead people are watching third-world images last night coming out of Chicago.”

It’s been a head-spinning month and a half for Rubio and his campaign, with what passed for success in Iowa followed by an excruciating debate performance in New Hampshire. After appearing to regain his standing in South Carolina, his momentum evaporated in contest after contest in the two weeks afterward. After avoiding Trump for the better part of a year, he questioned the front runner’s manhood, only to abruptly reverse course. At Thursday’s Republican debate he declined to directly condemn the violence against protesters at Trump’s rallies. Then he did just that after the violence in Chicago.

With his campaign facing what is at best an existential test and potentially a useless endeavor in Florida, Rubio said he can’t think beyond Tuesday’s winner-take-all contest. “I literally don’t even know what I’m having for lunch or dinner today,” the candidate said. “I don’t even know my schedule today. I just go where they take me today … I intend to win Florida.”

But increasingly that seems to be out of reach, as he trails in poll after poll — often by double-digit margins.

At Thursday’s debate, Rubio’s campaign said he sought to return his campaign to its lofty rhetorical origins in hopes of securing another come-from-behind victory. But there was another unstated reason — if Rubio was going to lose, it was going to be as the optimistic candidate he had been, not the insult-firing candidate he’d become.

“We are now a nation where people hate each other,” he said Sunday at a campaign event. “If we continue at the road we’re on, we’re going to fracture at the seams.”

In Miami, Rubio told the story of an older gentleman from South Florida who sits outside a polling place every day holding a sign supporting him. “For him, I symbolize all the sacrifices that his generation made so their children could have a better life than themselves,” Rubio said. “That gentleman has not given up on me and I am not going to give up on him.”

“For tonight, we wanted to bring this back to why is Marco running for President, to remind voters here in Florida why they elected him in 2010, and I think we accomplished that,” Rubio communications director Alex Conant said after the debate.

It seemed as though Rubio’s plan was more finite. “If you are a Republican primary voter in Ohio and you want to defeat Donald Trump, your best chance in Ohio is John Kasich,” Conant told CNN Friday, a sentiment Rubio also echoed to reporters. The sentiment is consistent with the strategy offered by former GOP nominee Mitt Romney to deprive Trump of delegates to keep him from the nomination at all cost.

The most recent RealClearPolitics average of Florida public polls shows Rubio 18 points behind Trump in his home state, a huge margin to make up if accurate, given the amount of early voting in the state. If Rubio loses Florida but Kasich wins Ohio, hope will remain that Trump can be stopped at the Republican convention in Cleveland.

The reasons for Rubio’s struggles are myriad, some with and others outside of his control. A candidate for whom message became an organizing principle, lost control of his public image. A campaign centered on friendly television appearances, never built up a robust ground game and was unprepared for the rise of a candidate who dominated the news conversation. The baby-faced candidate chose to dive into the mud with Trump and did lasting damage to his call for mature decisionmaking.

Rubio positioned himself as a candidate who could unite all corners of the GOP and lead the party to a new, more inclusive era. He planned to campaign in the Republican Party elders had called for after its 2012 losses, one that never materialized.

Instead, Rubio’s elevated call for a “New American Century” was subsumed by the baser instincts of the GOP base. 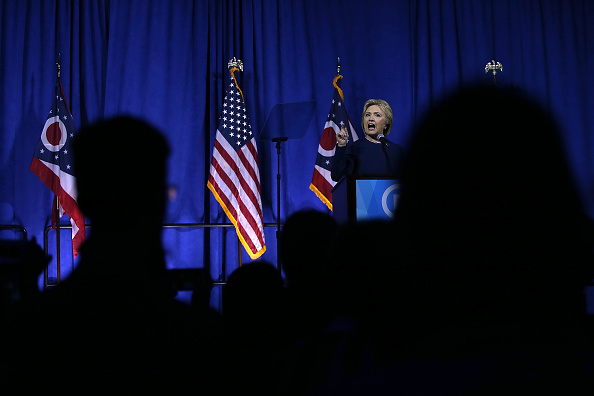 What Hillary Clinton Is Selling to Ohio Voters
Next Up: Editor's Pick