17 Elephants Flown to U.S. From Africa

Seventeen elephants now call the U.S. home after they were flown from drought-stricken Swaziland, Africa, where they were slated to be killed, officials said.

The elephants were sedated and loaded onto crates before they landed over the weekend in Fort Worth, Texas, according to CNN. They came from two privately managed government parks in Swaziland, where they had been removed due to overpopulation and were about to be culled, after the Swaziland government declared a national state of emergency in February due to historic drought conditions, the Dallas Zoo said.

“Tens of thousands of animals have died, as well as people, too,” Dallas Zoo President and CEO Gregg Hudson said in a statement. “We had to act quickly to save as many animals as possible. The well-being of these elephants is more important to us than anything.”

The Dallas Zoo, which already has four female elephants, took in five new members on Friday. The remaining 12 are now being cared for by the Sedgwick County Zoo in Wichita, Kansas, and the Henry Doorly Zoo in Omaha, Nebraska. The elephants’ ages range from 6 to 25.

Their relocation had been opposed by an animal activist group, which insisted that moving the elephants from their natural setting is dangerous to their health, CNN reports. 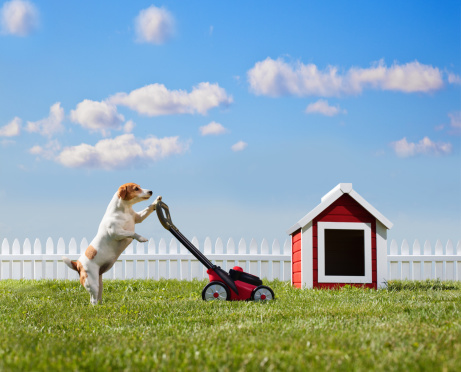 This Dog Riding a Lawnmower Is Living Its Best Life
Next Up: Editor's Pick