Sasha Obama Met Ryan Reynolds and It Was Adorable

Sasha Obama was all smiles when she met actor Ryan Reynolds at a state dinner on Thursday—and Malia Obama responded as only a sister could, giving her an encouraging, if slightly sarcastic, thumbs-up in the background.

Reynolds, who stars in Deadpool, attended the dinner with wife Blake Lively.

It was the first state dinner for President Barack Obama’s daughters, who were featured prominently in the speeches given by their father and Canadian Prime Minister Justin Trudeau.

“It’s also touching to meet Malia and Sasha, who are here at their first State Dinner,” Trudeau said. “And quite frankly, the memories for me of being a kid and not being old enough to attend these kinds of events with my father almost makes me wish I had gone through my teenage years as a child of a world leader—but not quite.”

Trudeau was a child when his father served as Canada’s prime minister.

But even as daughters of a world leader, their response to Reynolds was universally relatable. 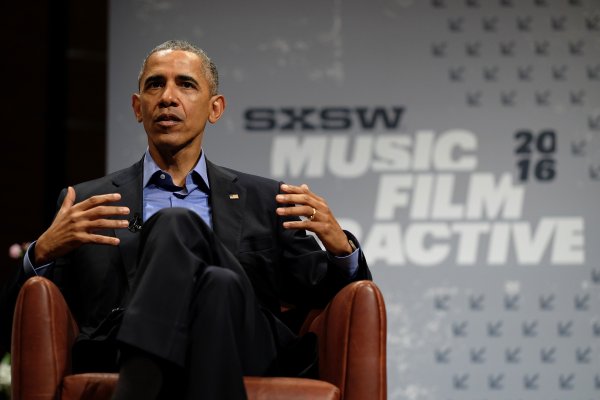 Obama Urges Balance Amid Apple-FBI Fight
Next Up: Editor's Pick