Scientists in Japan have discovered a form of bacteria that can digest the plastic in disposable plastic water bottles, raising hopes it could be used to dispose of some of the 311 million tons of plastic produced annually worldwide.

Plastic bottles contain polyethylene terephalate, or PET, a plastic ingredient which is also found in lots of other products, like polyester clothing, soda bottles, and tennis balls. PET is great for products but terrible for the environment, because until now it was believed to be unable to be broken down by microbes, which means it couldn’t be biodegradable. Much of the pollution in the ocean is made of PET.

But a team of researchers in Japan have identified a species of bacteria that is able to degrade plastic using two key enzymes that break down PET and use it to grow– essentially, the bacteria can “eat” plastic. The discovery was published in Science on Friday.

The process is very slow (it took 6 weeks to completely degrade a small film of PET) but the discovery is exciting because it could present a glimmer of hope for scientists to return plastic products back to nature. 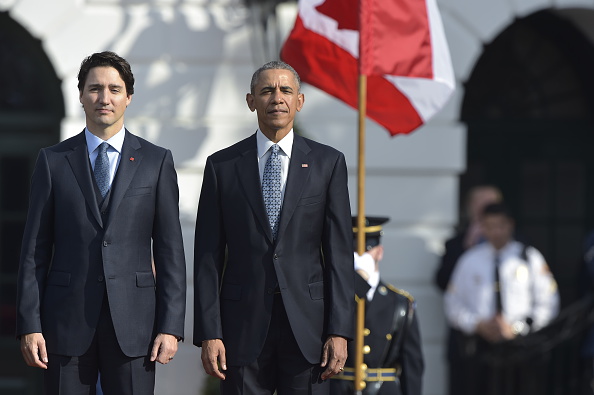 Obama and Trudeau Should Establish a U.S.–Canada Carbon Market
Next Up: Editor's Pick