A lone house sits on the scarred landscape, inside the exclusion zone, close to the devastated Fukushima Daiichi Nuclear Power Plant on Feb. 26, 2016 in Namie, Fukushima Japan.
Christopher Furlong—Getty Images
By Justin Worland

The 2011 earthquake that struck in Japan killed more than 15,000 people as buildings crumbled and tsunami surged. The meltdown at a local nuclear power plant led to lasting adverse health effects and the relocation of half a million area residents.

Now, five years after the incident, the lasting effects of the earthquake continue to threaten tens of thousands of residents of affected communities as survivors battle a mental health crisis of untold proportions.

“This is an ongoing disaster in a literal sense—not just rhetorically,” says Irwin Redlener, a professor at Columbia University who studies natural disasters. “The challenges they’re experiencing now are really overwhelming.”

The lingering chaos of the disaster represents perhaps the biggest contributor to ongoing mental health issues. Research published this week in the Journal of Epidemiology and Community Health this week shows that two thirds of residents who lived in the evacuation zone have moved more than three times since the disaster, suggesting they have been unable to resettle in a stable location. Nearly 40% of families had been separated by relocation.

A lack of trust in government authorities charged with protecting community health has also contributed to mental health problems. The country has continued to source huge portions of its power from nuclear plants and has not backed off plans to increase their use. Many residents live in fear that another disaster may be just around the corner. This overarching environment of suspicion and mistrust of the government carries over to other personal relationships. Some also experience stigma from those who think they may suffer from radiation. Others worry that their food may be affected by radiation.

Instability and distrust both contribute to a number of conditions faced by disaster survivors—from post-traumatic stress disorder (PTSD) to depression. The new research attributes a spike in the regional suicide rate to the ongoing consequences of the disaster. The suicide rate in affected regions in Japan ranged from 110 to 138 deaths per 100,000 people in 2014, compared with just below 20 deaths per 100,000 people nationwide.

The disaster’s continuing mental health effects can be particularly devastating for children who have been displaced. Many have jumped between schools and have been separated from family members.

And the problem only worsens with each move or school swap.

“Their ability to be resilient is eroded over time,” says Redlener. “Children are very susceptible to the family dynamic, in addition to whatever trauma they may have experienced themselves.” 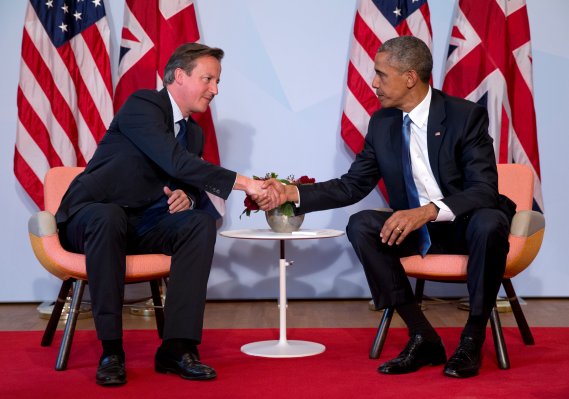 Why the U.S.-U.K. Relationship Is Less Special than Ever
Next Up: Editor's Pick