A decal of the Washington Monument, with cherry blossoms pictured, from 1956.
Jim Heimann Collection / Getty Images
By Lily Rothman

More than a century after Washington D.C.’s famous cherry blossom trees were first planted, the annual springtime blooming has become a favorite point in the capital calendar. Beginning on Sunday, this year’s festival will once again celebrate the pleasant and pink sight. (Next week is probably the best time of all to check them out.)

It’s not a secret that the trees were a 1912 gift from Japan to the U.S. in honor of cooperation between the two nations, but the mechanisms behind that gift-giving are a little more complicated than that explanation might suggest.

As TIME would later tell the story:

Ozaki would continue to support warm relations between Japan and the U.S. throughout his life, even as war divided the two. Sometimes at great risk to his own life, he spoke out for disarmament, peace, international cooperation and independent democracy.

Though his life was long and extremely busy, Ozaki clearly remembered the gift of the cherry trees as a high point. In the 1950s, when Ozaki—then in his 90s—was on his deathbed, he composed this poem: 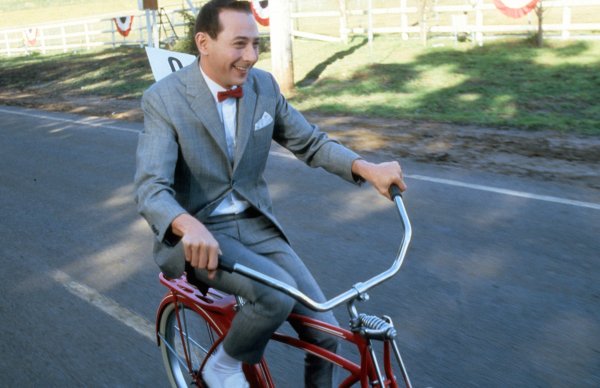 Watch the 1950s TV Show That Inspired Pee-wee Herman
Next Up: Editor's Pick