Conversations about trade used to be so simple as to not need articles: free trade good, tariffs bad. But between the surging candidacies of Donald Trump and Bernie Sanders, that has changed radically. This campaign season has reopened the debate around how trade shapes our economy, in often-astonishing ways. And, to a certain extent, the conversation about trade has become a proxy for the one about globalization–is it good for Americans, or bad? The suspicion among voters that elites have been lying to them about the value of trade and globalization for decades is one of the things fueling voter anger and support for both Trump and Sanders.

The truth is mixed. Globalization and “free” trade—the term is a misnomer, really, since it’s never been free—have increased wealth and prosperity at a global level. But they have also increased the wealth divide within countries, in part because these forces created concentrated groups of economic losers in specific parts of our country. One of them, of course, is the Midwestern Rust Belt, where I grew up—that’s why the extent to which both Sanders’ and Trump’s messages resonated in Michigan was no surprise to me at all.

So does that mean that slapping 45% tariffs on American goods, as Trump again admitted might be necessary during the Mar. 10 GOP debate, is the way to go? No. Does it mean Donald Trump would be able to force Chinese president Xi Jinping to change the way his country’s currency is valued? Probably not. But I do think we are entering a new era for trade, because the low hanging fruit in many countries (not just the U.S.) has been plucked. Western elites are going to have to acknowledge something that most on the political right and many on the left have refused to say aloud: free trade doesn’t benefit everyone, all the time. There are winners and losers; the real question is how to properly protect the latter.

On that note, let me fact check some of the points that Trump has been making on the campaign trail, and offer alternates:

Global trade isn’t a zero sum game; it doesn’t have to feel like one. To the extent that Sanders and Trump have opened the debate up, they are doing a service to American workers and workers around the world. But to move forward, many—voters and candidates alike—will have to change, and deepen, their thinking on the topic. 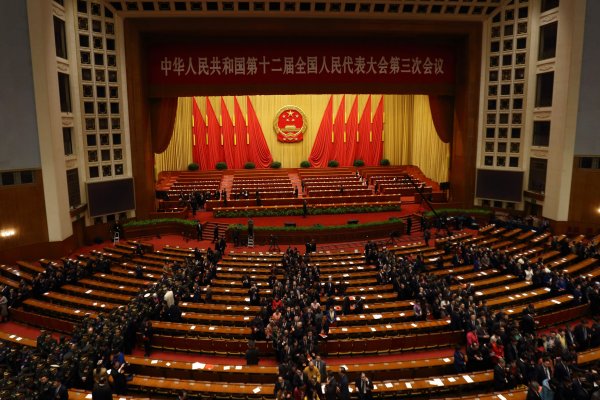 Can Reaganomics Fix China's Economy?
Next Up: Editor's Pick