“Denying what you feel will not make it go away. It ensures that it never gets resolved.”

Bam. Denial is indeed a powerful tool. Often it can be an ally. If you deny something you don’t have to do anything because it doesn’t exist. Denial involves fear of the truth, fear of loss and fear of the unknown. To deny what is keeps you from thinking about what must be.

What I have come to learn is that denying what you feel, what you know, only works for so long. Pretty soon the light will come in. Somehow, somewhere, your eyes will be opened, you will be able to see and you will have to act.

And that’s when fear comes in. Another incredibly powerful emotion. Fear is paralyzing. Fear can be all-consuming. Fear is a mighty opponent.

Maria Shriver: From Motherhood to Daughterhood: Uniting in Caregiving Circles

I mention both of these emotions because this week I’ve been thinking about Alzheimer’s and how we as a nation are choosing to deal with it. We are so scared of it that we deny it could affect any one of us or someone we love. We hear about it, we’ve learned that someone in this country gets it every 67 seconds, but since there is no “miracle” drug to cure it we deny that there’s anything we can do about it.

Spoiler alert: There is.

There’s a lot of exciting research going on. Some of the world’s best and brightest are looking for a cure everyday, some even say they’re incredibly close as a recent cover of Time magazine implies. But until then, let’s not deny that this devastating disease is affecting millions of people. As those that get it, those that are caregivers and those that are connected to them. Let’s not stay frozen in fear about what each and every one of us can do today.

This week I’m super excited about talking to Seth and Lauren Rogen for another one of our inspiring Architects of Change Live conversations. Lauren’s mother was diagnosed with Alzheimer’s at a very young age. It’s hard to deny something existence when the person you love is sitting right in front of you suffering from it. So rather than stay in a state of denial, Seth and Lauren got involved and started Hilarity for Charity to raise money for Alzheimer’s and caregivers to bring young people from colleges into the process and make people laugh.

Just this week I interviewed Kimberly Williams Paisley for the Today Show about a new book she’s written, “Where the Light Gets In,” about her mother’s dementia. The piece will air next month. She spoke with me about her family’s journey from denial to light, secrecy to openness. My friend Patti Davis, the daughter of Nancy and Ronald Reagan has written so eloquently in the past about Alzheimer’s and I’m so grateful she wrote as an Architect of Change this week. And then there’s my friend Liz, she stopped by my office to talk to me about her mom who has been diagnosed with Alzheimer’s — also at an early age (Women in their early 60s are twice as likely to get Alzheimer’s as breast cancer. Don’t deny that, cause it’s fact). Liz spoke about all the denial she and her family went through when they first heard the diagnosis. Fear then set in. She spoke about losing the mom she had and learning to accept the mom she has now. She then said something amazing about how she wants to overcome her denial, “fight the fear and find the hope.” I love that.

It’s exciting to me when people like Seth, Lauren, Kimberly, Patti and Liz break through denial, fight the fear and step forward talking about hope. Because that is hope and there are things we can do. In fact, The Shriver Report Snapshot partnered with WebMD to do a poll on America and Alzheimer’s that will come out later this week. It’s headline reiterates the Denial — capital D— that I’ve been writing about, but we’re also going to break through with some things you can actually do to make a difference now in regards to our health.

I’ve been fighting on the front lines of Alzheimer’s since my own father was diagnosed with the disease in 2003. Like millions of others I first denied what was happening to him. Then I got scared. Then I got busy. Fighting this disease gave me the drive to push through my fear and land in a place of hope.

Fighting against those feelings that freeze us in place can also bring out the best in us. It can reveal a strength you never knew you had, a voice you don’t recognize as your own, it can also make you make a move that in hindsight could only be described as bold and brave.

Denial. Fear. Are you strong enough, awake enough to challenge it? #PassItForward

This article originally appeared on MariaShriver.com 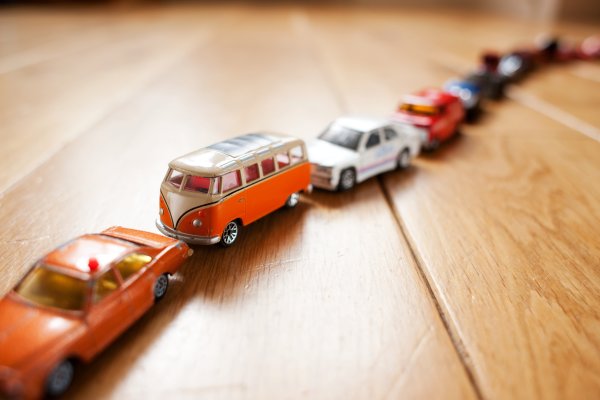 Why It’s So Important to Have Long-Distance Friends
Next Up: Editor's Pick