While details of the endorsement were scarce, H&M confirmed that it selected Jenner, “one of the world’s most celebrated athletes,” to be part of the campaign. An H&M spokeswoman in an e-mail to Fortune said the upcoming collection of performance sportswear was “made to celebrate individuality and self-belief.”

After Jenner, formerly known as the Olympic gold-medal winning decathlete Bruce, announced her transition to become a woman last year, speculation began to almost immediately began to swirl about potential lucrative sponsorships. Many of the rumors were focused on possible tie-ins with beauty brands.

The relationship with H&M makes sense as Jenner is perhaps best known for two reasons besides her gender change last year: her Olympic win at the 1976 Olympic Games in Montreal and an association to the Kardashian brand thanks to a marriage to the famous family’s matriarch, Kris.

This is the third partnership that the Jenner-Kardashian clan has within the world of athletic-focused gear. Kim Kardashian’s husband, artist Kanye West, works closely with Adidas. Jenner’s daughter Kylie is the new face of European brand Puma.

For H&M, the retailer gets a big marquee name as it aims to expand the presence of the company’s sportswear line. H&M Sport first launched in 2014 as a line of “fashionable sportswear in functional fabrics.” The line is among many bigger bets apparel makers have made in sports apparel as consumers increasingly buy tights and other athletic gear to wear not only to the gym but while out on the town. 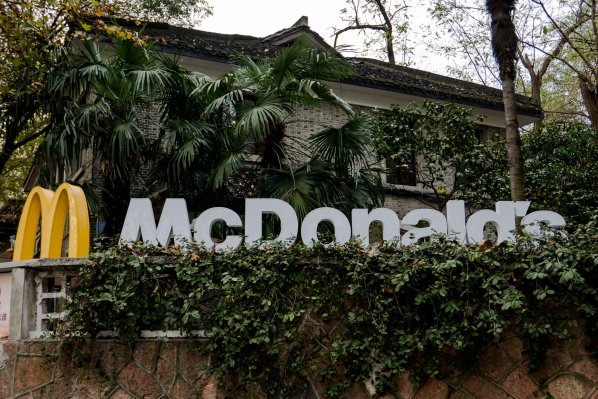