Marissa Mayer Wants to Keep Her Job at Yahoo

A huge question looming over Yahoo as it considers various strategic alternatives is, What does the future hold for CEO Marissa Mayer?

In an interview on The Charlie Rose Show on Thursday, Mayer let her own preference be known. And in a shock to no one, she’d really like to stick around. “I certainly hope the strategic alternative has a place for me,” Mayer said. “But that said, we’ll obviously honor our commitments to our shareholders.”

When Rose asked if she saw herself as CEO of Yahoo in one year, Mayer said, “Yeah, I think that, again, like I would love to. I would love to be running Yahoo! We have a three-year strategic plan. I can see how it will work and how we can actually get to the successful turnaround of Yahoo! But I think that, you know, it’s about our users. And it’s about our employees. And you know, what’s happening with all of them.”

Mayer is trying to execute a new turnaround plan for the flailing Internet company even as she considers splitting Yahoo in two. She’s under pressure, namely from activist investor Starboard Value, to separate Yahoo’s core Internet business from its stake in Chinese e-commerce behemoth Alibaba.

Mayer, No. 18 on Fortune’s Most Powerful Women List, was the youngest CEO of a Fortune 500 when she took over Yahoo in 2012. Yahoo, which has since dropped off theFortune 500 list, hired Mayer to foster its revival, but so far she’s failed to deliver amid slow growth and sinking employee morale. Starboard Value has been especially critical of her efforts. In a letter in January, the fund’s chief Jeffrey Smith said it’s time for Mayer to step down. The hedge fund is prepping to launch a proxy fight against Mayer in the next few weeks.

Earlier on Thursday, Yahoo appointed two independent directors to its board in a move that’s been interpreted as the company putting up its guard against the impending battle with Starboard. 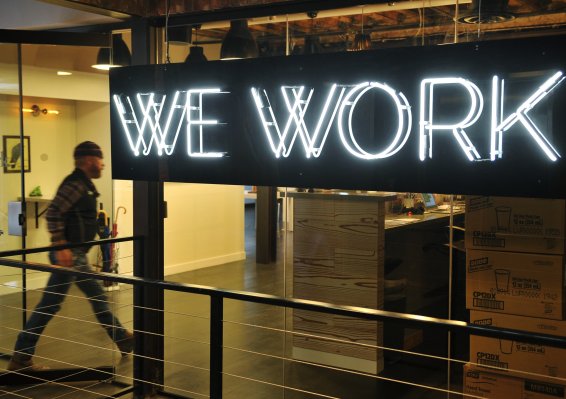 WeWork Is Getting a Massive New Funding Round
Next Up: Editor's Pick