Maybe you should consider staying at the Grimsby police station next time you visit England’s Lincolnshire county.

Local resident Christian Willoughby was arrested for a misdemeanor and was somehow able to take his phone, or some other kind of picture-capable mobile device, into his jail cell with him, according to the Daily Mail. The inmate then proceeded to take pictures and describe his experience in a review akin to what you might find on Yelp or Trip Advisor, and post it on Facebook.

Willoughby gave the jail four stars but took one away for the meal they served him, which looks like it’s supposed to be beans and sausage, but on appearances alone you can see why it may have detracted from his overall stay. He praised the cell’s “minimalistic” style, adding that it was “secure and safe” with “quadruple glazing and security door.”

Comments on Willoughby’s Facebook post appear to show that it wasn’t his first stay at the police station, and if his review holds true it may not be his last, as he writes, “I’d definitely come back.” The post has been shared over 2,500 times, sparking curiosity as to how he got his phone in there. However a comment from his Facebook friend showed that he wasn’t the only one able to do so.

The Daily Mail writes that authorities are currently investigating the incident and treating it as a security breach. 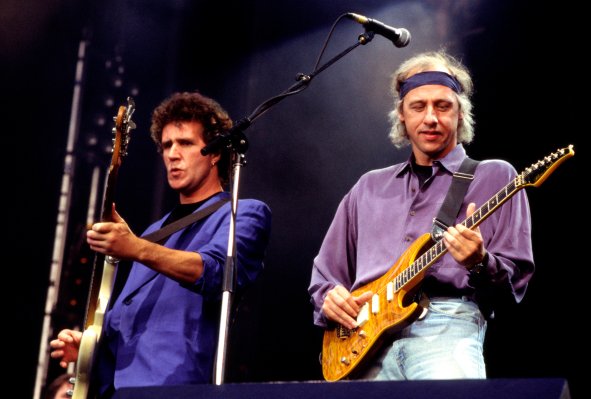 This Guy Edited Movies to His Favorite Song and It Totally Works
Next Up: Editor's Pick