North Korean leader Kim Jong Un meets scientists and technicians in the field of research into nuclear weapons in this undated photo released by the country's Korean Central News Agency in Pyongyang on March 9, 2016
KCNA/Reuters
By Rishi Iyengar

China appears to have made an exception within its extremely restricted Internet this week, for an unusual search term — a reference to North Korean dictator Kim Jong Un as a “third-generation pig.”

China’s online filters originally blocked the derogatory moniker commonly used by Chinese netizens for Kim, but requests for it on the country’s largest search engine Baidu were producing results as of Wednesday, the Korea Times said, citing a report by South Korean news agency Yonhap.

Although the two East Asian nations have long been allies, China this week joined stricter U.N. sanctions on North Korea following the latter’s alleged nuclear-missile tests. According to the Korea Times, experts say the unblocking of the insult to Kim may be a sign of China’s displeasure over his country’s weapons program. 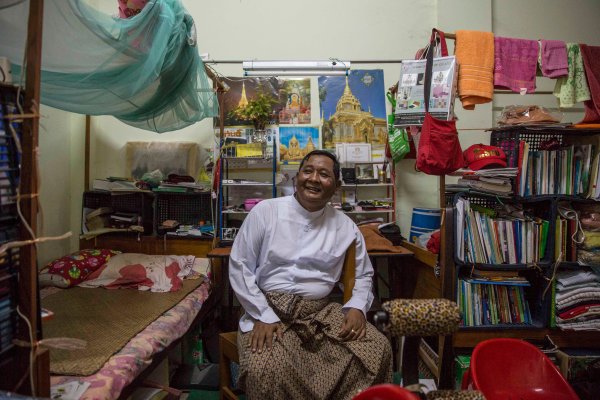 Putting Burma's Inexperienced New Lawmakers to the Test
Next Up: Editor's Pick