Watch the Twelfth Republican Debate in Under Four Minutes

Rubio was looking to make some noise in his hometown and he delivered several zingers to Trump, who was unusually subdued for much of the night. This debate featured more policy and less antics, but the Republicans still managed to have some fun.

Watch the highlights of Thursday’s Republican debate above. 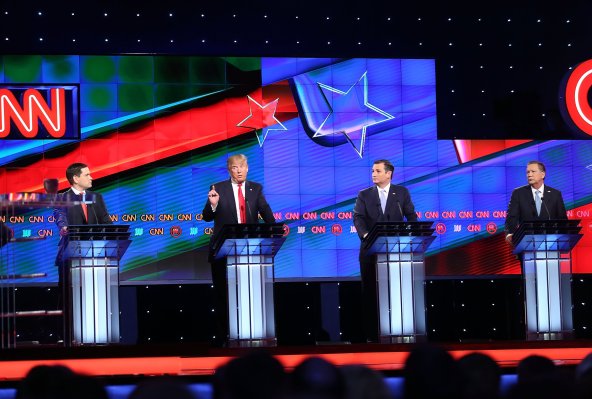 Read the Full Transcript of the Twelfth Republican Debate
Next Up: Editor's Pick