President Obama had some fun giving a toast to Canadian Prime Minister Justin Trudeau at a state dinner Thursday.

From cracking a joke about Canadian-born Sen. Ted Cruz to relating a telling anecdote about Trudeau’s father, Obama was clearly having a good time.

Here’s a full transcript of his toast—and Trudeau’s response. 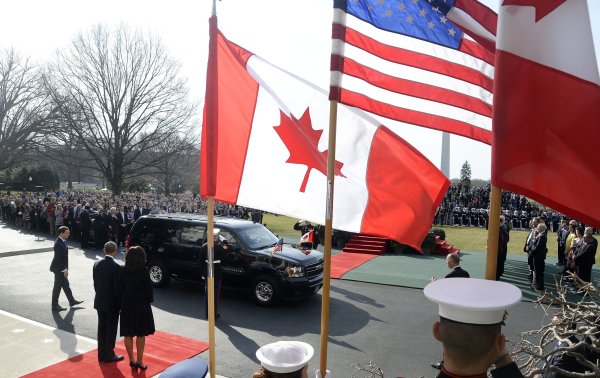 Here Are the Celebrities Attending Justin Trudeau's State Dinner at the White House
Next Up: Editor's Pick