China will go ahead with its plans to build a massive port facility in the Sri Lankan capital of Colombo, despite earlier political hurdles stemming from environmental concerns.

The $1.4 billion proposal, announced by Chinese President Xi Jinping in September 2014 but later suspended by Sri Lankan President Maithripala Sirisena, will amount to a city within a city planted along Colombo’s main harbor, Agence France-Presse reported. It will include housing facilities, a Formula One racetrack, and a marina, collectively adding 575 acres of new real estate to the city.

China is Sri Lanka’s biggest lender and a vital engine of infrastructure investment in the island nation. The relationship between the two countries, however, has raised some eyebrows, with some accusing Beijing of exploiting Sri Lanka in the interest of bolstering Chinese influence in the Indian Ocean. 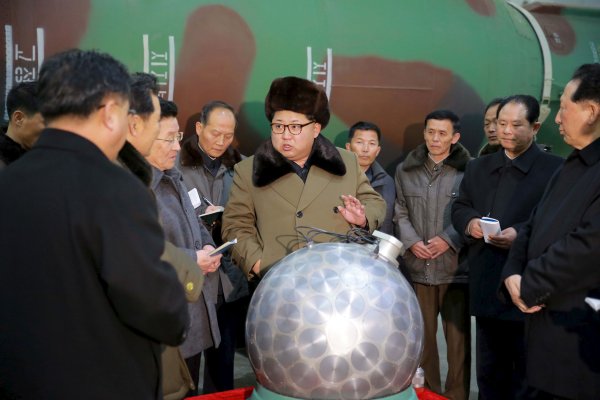 Kim Jong Un: We're Going to Do More Tests
Next Up: Editor's Pick