While many were waiting for the Republican presidential debate to start Thursday, President Obama took the opportunity to jab at Texas Sen. Ted Cruz.

Obama was entertaining Canadian Prime Minister Justin Trudeau during a state dinner at the White House when he made a remark about Cruz having been born in Canada, according to the White House pool report.

“Where else could a boy born in Calgary run for president of the United States?” he said during a toast moments before the CNN debate started.

Questions about Cruz’s citizenship have come up repeatedly on the campaign trail, as he was born in Canada to an American mother and later moved to the U.S. when he was four.

Trudeau is in town for an official state visit—the first by a Canadian Prime Minister in two decades.

Cruz wasn’t the only famous Canadian that took a hit during the evening, Obama knocked Justin Bieber, saying that Trudeau may be “the most popular Canadian name Justin.” 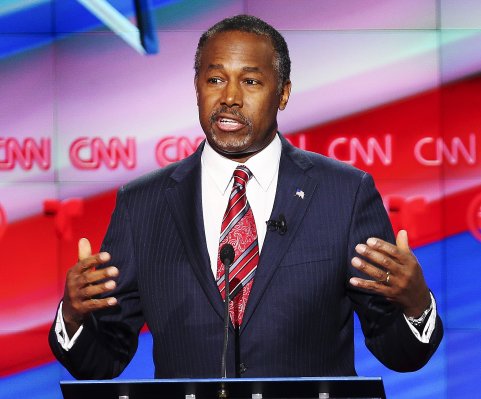 Ben Carson to Endorse Donald Trump
Next Up: Editor's Pick