Republican presidential front-runner Donald Trump has launched a new effort to secure his delegates to the Republican National Convention in preparation for a possible contested convention.

The effort, led by former Ben Carson campaign manager Barry Bennett, seeks to ensure that delegates pledged to Trump and selected to attend the Cleveland gathering will be loyal to him should the nomination fight extend to multiple ballots.

Trump holds just a 100-delegate lead over Texas Sen. Ted Cruz lead going into contests on Saturday and Tuesday, with more than 40% of delegates to the convention awarded. Trump needs to win more than 50% of the delegates still up for grabs to avoid a second ballot.

“We will have a team of 6-8 people working on it by Friday,” Bennett told TIME. “Part of this is legal, part of it is communications, and part of it is working with our state leaders. It’s really a massive undertaking.”

With the Republican Establishment and rival Texas Sen. Ted Cruz fighting him in a pitched battle to deprive him of the 1,237 delegates needed to become the GOP nominee, Trump’s team is warning of “shenanigans.”

Better-organized rival campaigns, particularly Cruz’s, are hoping to use the complicated state-by-state rules to swing the convention against Trump should the race extend that far. Now Trump’s campaign is trying to head off that effort.

Bennett said the party is relying on its email and supporter lists from the states that have voted to reach out to potential delegates. In many states, it has already had to submit a delegate slate to choose from, and Bennett said the campaign is working to ensure its most loyal delegates are chosen, so that should they become unbound in a second or subsequent ballot, they’ll stay with the GOP leader.

On Tuesday, Tana Goertz, the former Apprentice contestant who co-chaired Trump’s Iowa campaign emailed the campaign’s supporters seeking volunteers to attend county conventions in the state—who will in turn select delegates to the district and state conventions where delegates will be elected.

“It’s been a while since the Iowa caucus, I hope you are doing well,” she wrote. “The county convention is this Saturday, March 12th, and I need to know ASAP if you are planning on attending to run as a delegate for Donald J Trump.”

“It is imperative that Donald Trump has strong support from individuals like you at all of the conventions, especially at the first one,” Goertz added, her note signed, Director of Delegate Operations for the Trump campaign.

The complications are sometimes hard to keep track of. Goertz sent a subsequent note Thursday clarifying that only voters who volunteered to be a delegate on Feb. 1 caucuses and paid a fee are eligible to be Trump delegates.

Unlike previous campaigns, Republican Party rules bind delegates on the first convention ballots depending on the outcome of primaries and caucuses, and all but about 90 delegates are bound going into the convention. But things become less clear on a second ballot—something not seen in generations, but a possibility if Trump fails to lock in a majority before Cleveland—when delegates from most states gain the ability to vote for whomever they want. The Trump campaign is trying to avoid having delegates who would switch to another candidate in later rounds of voting.

Ensuring loyal delegates are on board is also particularly important considering that members of the convention committees, including the all-important Rules Committee are drawn from delegates, with each state delegation selecting one man and one woman to each committee.

“We’ll have a very robust delegate network going to Cleveland and we’re going to fight for every slot on every committee we can get,” Bennett said. “They’ll try shenanigans, but we’re going to be prepared.”

Bennett said he still thinks it’s unlikely that there is a contested convention, but said if there is one, the dynamic favors Trump. 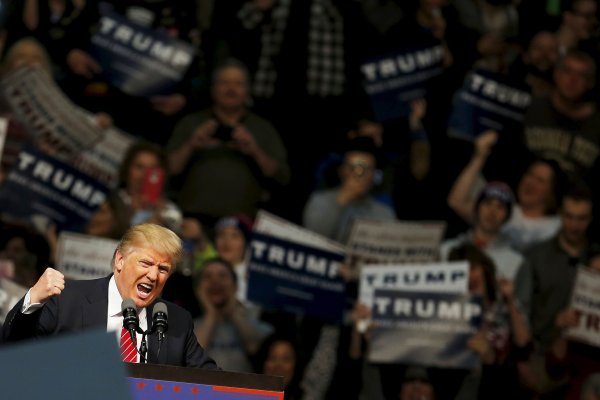 See the Violence Against Protesters At Donald Trump Rallies
Next Up: Editor's Pick