The In-Box of the Next Commander-in-Chief

The desk of U.S. President Barack Obama sits in the newly redecorated Oval Office of the White House in Washington, D.C., in August 31, 2010.
Getty Images
Ideas
By Richard N. Haass
Haass is president of the Council on Foreign Relations and the author of A World in Disarray

American presidents get to make lots of choices, with one critical exception: what awaits them in the in-box on top of the desk in the Oval Office.

This is a sobering thought. In addition to all the domestic economic, social and political challenges this country faces, there are harsh global realities. The Middle East is unraveling. Four countries—Syria, Libya, Iraq and Yemen—are in various stages of failure with ISIS, and other terrorist groups are the principal beneficiaries. Europe is staggering under the weight of massive refugee flows, prolonged low economic growth, a wave of populism and the revival of a Russian geopolitical threat. Asia is strained by economic slowdown and the rise of China. Ours is a world in disarray.

Meanwhile, there is no global consensus on what rules ought to govern cyberspace. World trade talks have hit a wall. Negotiations on climate change appear to be going better, but this is more appearance than substance as the recent Paris summit ended with little more than non-binding national pledges.

You would hardly know any of this from the presidential race in both parties. The gap between the level of debate and the level of difficulty of what awaits the victor is breathtaking. This needs to change, as the next president will face an array of tough decisions that will shape the world. Moreover, globalization is a reality, and what happens elsewhere will in turn affect the state of the United States.

Here is just a sample of the choices that will come before the 45th president. Should the United States send ground forces to the Middle East and, if so, how many with what mission? What is the right balance between collective security and individual privacy? How do we push back against Russia and China without triggering a new Cold War? How do we convince Iran’s neighbors not to develop nuclear weapons as a hedge against what Iran might do down the road? What do we do if Venezuela implodes? How should we react if North Korea achieves the capacity to put nuclear warheads on missiles that can reach the continental United States? What can and should be done to rebuild confidence that the word of the American president is to be taken as gospel?

The stakes are enormous. As was learned the hard way from the current president and his predecessor, what the United States does and chooses not to do has far-reaching impact. The United States is not just another country. It has more capacity and potential to influence the world than any other country—and no other country has the resources and mindset to lead a world that is not on autopilot. To the contrary, absent wise American leadership, the world will crash. Anyone doubting this need only consider the Middle East.

It is in the interest of Americans to find out what those wanting to be president think about a wide range of challenges and what they might do about them. We should want to get their take on the wisdom of past decisions, what they agree and disagree with and why. We also should want to get a sense of how they make decisions and their judgment, as the next commander-in-chief will face choices we cannot even imagine.

All of which brings me back to the in-box. A good friend of mine when he was a professor kept not just the customary in and out boxes on his desk but a third. This extra box simply read “Too Hard.” It was usually filled with papers involving decisions that were close calls. Not surprisingly, the “Too Hard” pile tended to be high.

A professor can get away with this. But the next president cannot. Difficult choices, unlike red wine, rarely improve with age. Americans should keep this in mind as they select the next occupant of the Oval Office. 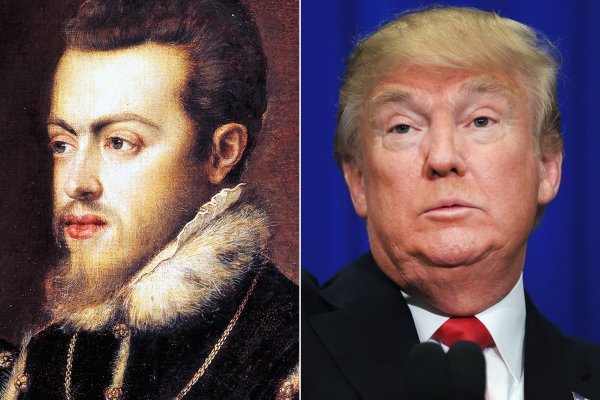 The Prudent King's Advice to Trump
Next Up: Editor's Pick