“Steph Curry is the greatest shooter that I’ve ever seen,” President Obama said, recalling a late February game during which Curry scored 46 points, tied an NBA record of hitting 12 three-pointers in a single game and helped his team win a playoff spot six-weeks ahead the cutoff. “I am having more fun watching him than anybody since Michael Jordan.”

Obama made the remarks during a sit-down conversation with TIME and Misty Copeland, the principal dancer at the American Ballet Theater.

Copeland, a California-native and a Warrior fan in her own right had to agree. “And I think the growth has been tremendous,” she said. “I can imagine where he’s going to go.”

But the President would not go so far as to say that Curry was better than Michael Jordan, who Obama grew up watching play for the Chicago Bulls. “Even Steph wouldn’t necessarily say he’s better than Jordan,” Obama said. “It’s rare where you get somebody who’s already at the pinnacle and then they take it a notch higher.” 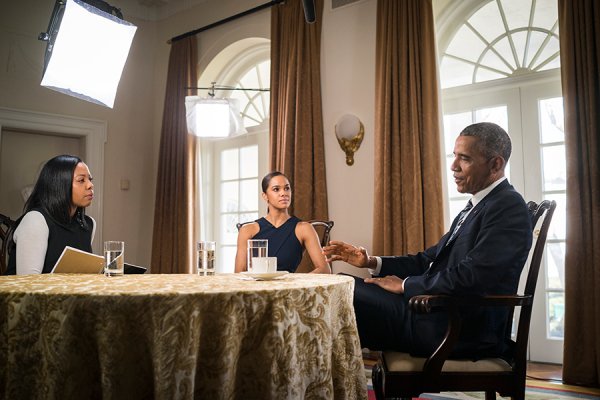 Read the Full Transcript of TIME's Conversation With President Obama and Misty Copeland
Next Up: Editor's Pick