See Spider-Man Pop Up in the New Captain America Trailer

Here’s what you’ve been waiting for, true believers.

Not only are we getting a closer look at the smackdown between Iron Man and Cap in Captain America: Civil War, but we’re seeing one new addition that fans have been anticipating for a very long time…

The webslinger — a.k.a. Spider-Man (and known to Iron Man, hilariously, as “Underoos”) — finally turns up in the Marvel Cinematic Universe, and he’s not on the side of the title character.

For those who aren’t clear on the divide, Spidey is, of course, a Marvel Comics character, but he was licensed to Sony Pictures long ago. Iron Man, the TheAvengers, Guardians of the Galaxy… those films under the Marvel Studios banner existed in a separate cinematic universe, but Sony made a bargain to share a new version of the character in a deal that seems to benefit all sides. Except, uh, maybe Captain America’s.

Marvel Studios was coy about which of its movies would re-introduce the character. But after an especially fortuitous set visit, Entertainment Weekly confirmed the inclusion of Spider-Man in December.

We’ll be getting a new Spider-Man stand-alone film from Sony next year, with Tom Holland (best known for The Impossible) as the new Peter Parker, but that’s him, turning up first on May 6 in Civil War as a character who has to choose whether he wants to do good under the auspices of government control (Team Iron Man) or go it alone as a rogue hero (Team Cap.) 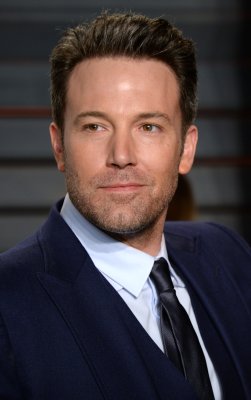 Here's Why the Batman v Superman Director Cast Ben Affleck Instead of Christian Bale
Next Up: Editor's Pick