Review: 10 Cloverfield Lane Is a Nonsequel That Delivers

Matt Reeves’ 2008 angry-sea-beast extravaganza Cloverfield, produced by cerebral sci-fi impresario J.J. Abrams, pretended to examine how self-absorbed we are as a culture but got gobbled up by its own self-absorption. 10 Cloverfield Lane—directed by newcomer Dan Trachtenberg and with Whiplash hotshot Damien Chazelle among its writers—isn’t an outright Cloverfield part deux but is rather, as Abrams has put it, a “spiritual successor.” And it’s a better movie than its predecessor, one that at least has a sense of humor about itself and its genre. Mary Elizabeth Winstead plays Michelle, a young woman who, after crashing her car and being knocked unconscious, awakens in the underground bunker of conspiracy-theory-obsessed survivalist Howard (John Goodman). Howard claims he’s keeping Michelle imprisoned for her own good: The Russians—or maybe it’s Martians—have just dropped the big one, rendering the Earth’s surface uninhabitable for a year or two. He gives her some spare clothes which, he claims, used to belong to his daughter, who is “no longer with us”—never a good sign. Michelle—as played by Winstead, she’s nervy and sunny and impossible to dislike—is having none of it. She and Howard’s other guest/captive, amiable and sweet odd-jobs guy Emmett (John Gallagher Jr.), plot their escape from this nutter.

But all is not as it seems. Or maybe it is. That sums up the predictable unpredictability of 10 Cloverfield Lane, and a few moments of grisly grimness aside, the movie’s modest pleasures emerge from its clever buildup of details. Howard—whiskery, inscrutable, and country-sinister—has outfitted his lair with a common room that includes a jukebox (Frankie Avalon’s antiseptic goddess-worship anthem “Venus” toodles forth ominously), an “heirloom” kitchen table adorned with a cheerful pot of fake sunflowers and a stack of jigsaw puzzles with the occasional piece missing—this joint is less man cave than gran cave. Howard is a man of many secrets, which he reveals at his leisure. Having noticed Michelle’s hard-to-miss desperation to get out of the place, he intones, “I think it’s time you met Frank and Mildred.” And meet them she does.

10 Cloverfield Lane isn’t quite as taut as it might be, and you wonder how Michelle and Emmett get away with so much blatant plotting right under Howard’s see-all gaze and smell-all nose. Then again, the movie’s concessions to silliness keep it from being the dour, self-important exercise that Cloverfield was. The movie’s finest feature may be Bear McCreary’s playfully malicious score, a beehive of worried-sounding strings that channels the spirit of Hitchcock fave Bernard Herrmann. Wherever it’s leading, you want to follow—even if it’s only Frank and Mildred waiting for you on the other side. 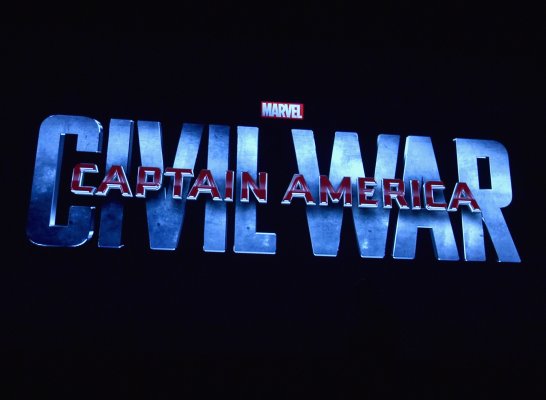 See Spider-Man Pop Up in the New Captain America Trailer
Next Up: Editor's Pick