There Are 550 Million Missing Barrels of Oil

If any of you have seen my early writings on OilPrice.com, you would know I have been steadfast in my criticism of the media exaggerating the extent of the oil glut. Furthermore, I have also documented the pattern of exaggeration from both the EIA/IEA with their statistics.

I realize that no one is perfect, forecasting the future is notoriously difficult, and these entities have their difficulties in obtaining reliable and timely data to make accurate predictions. However, the IEA in particular has a track record of overstating oil supplies – even back in 1999 the agency was questioned for exaggerating a supply glut, and now it seems to have occurred again.

The chart above shows the “missing barrels,” unexplained oil volumes that have shown up in IEA data over time. John Kemp from Reuters, who has done some of the best coverage of the market, put together this data to illustrate the problem with the reported data. He recently wrote this piece, confirming all my suspicions of the past. In it he states the following:

“Of the 1 billion barrels reportedly produced but not consumed, roughly 420 million are being stored on land in member countries of the Organization for Economic Cooperation and Development (OECD). Another 75 million barrels are thought to be stored at sea or in transit by tanker somewhere from the oil fields to the refineries. That leaves 550 million “missing barrels” unaccounted for, apparently produced but not consumed and not visible in the inventory statistics…”

So, in other words, OVER HALF of the supposed glut that the IEA has reported is unaccounted for. Not 5 or 10 percent, but greater than a whopping 50 percent. Does anyone believe that half of the glut is just missing?

In the article John explains that it could be in hidden or unaccountable locations. But that doesn’t seem credible. It is hard to believe that HALF of the entire world’s excess supply cannot be justified with the data? At $40 oil, that is some $22 billion in oil that is squirreled away somewhere that millions of people simply don’t know where it is?

Yet does anyone care to even question such non-sense? No, of course not, just like every other government statistic that is taken at face value and traded on by headline-driven algorithms. There used to be a time when Wall Street did real research, but that appears to be gone now. Either demand has been understated by the IEA, or supply has been vastly overstated…any rational person would conclude the same. 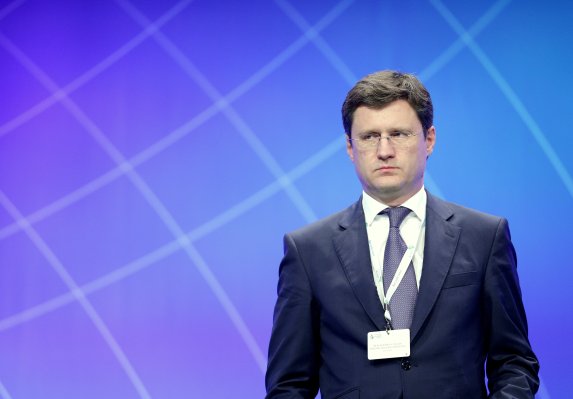 How Russia May End Up Controlling 73% of Global Oil Supply
Next Up: Editor's Pick