This Startup Could Change Everything About How We Watch Movies

Even as the world of television has been wildly disrupted in the last few years, the movie theater business has remained relatively stable. A startup backed by tech entrepreneur Sean Parker is out to change that.

Dubbed “Screening Room,” the company wants to let people watch movies from their homes on the same day they debut in theaters, according to industry insiders who spoke with Variety. Customers would purchase a $150 set-top box that would allow them to rent movies at a cost of $50 per film. The rentals would last 48 hours.

Tampering with movie release windows has been a non-starter for years because theaters are deeply protective of their exclusive first-run rights to films, which usually lasts for about three months. The Screening Room would give theater owners as much as $20 of that $50 fee and offer customers tickets to see the films in theaters, where they’re likely to buy drinks and snacks.

Talks with theater owners and movie studios are still in early stages. However, the Screening Room may soon ink a deal with the theater chain AMC, and it’s found interest from studios such as Universal, Fox and Sony, according to Variety. At the same time, competing theater chain Regal Entertainment isn’t biting, Deadline reports.

Screening Room isn’t the only startup aiming to shake up how we watch and pay for movies. A new app called Atom Tickets launching this year wants to let moviegoers get discounts by buying tickets in bulk. 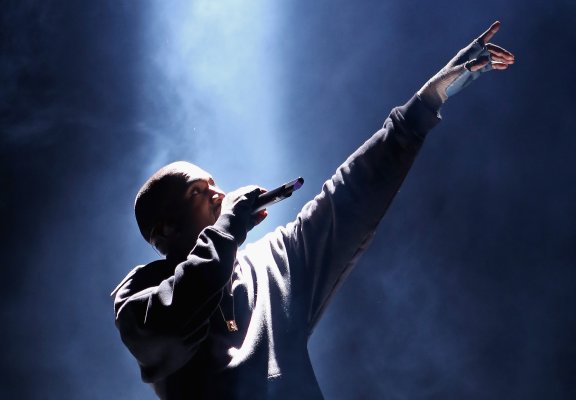 CDs Are Dying and Kanye West Is Hosting the Funeral
Next Up: Editor's Pick